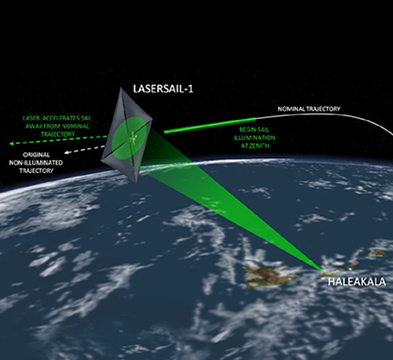 Although lasers have been used in space, increasingly for optical communications, laser propulsion in space has never been demonstrated. We might say it is at TRL level 0 or 1. Because it is the only known means for interstellar propulsion interest in it remains high and some new and innovative suggestions are now being made for propelling ultra-light (e.g. wafer, chipsat or picosat) spacecraft as well as for uses of laser beaming for planetary defense. The physics is understood – creating a force from a light beam does not need to be verified. But spacecraft implementation of laser propulsion (including attitude control, guidance, navigation, pointing, sensors, etc.) does need to be demonstrated and developed. We studied small, low-cost concepts for a possible in-space laser sailing demonstration using CubeSats, in order to take a step-by-step approach to incrementally develop the required technologies. This led to formulation of three phase demonstration program with increasing levels of cost:

Initially, we considered developing a new spacecraft for the ground-based laser illumination. Such a spacecraft could use nano-accelerometers for direct measurement of the propulsive force. However, The Planetary Society LightSail ™ is scheduled for flight in late 2016, and represents a convenient target of opportunity for a laser illumination experiment. We found that the acceleration on the spacecraft can be measured from the planned ground based tracking with the force from the U.S. Army 10 kW mobile laser platform. Magnitude of acceleration is depicted in the adjacent parametric plot. The Planetary Society and Army were receptive to consideration of such an experiment if they could be conducted without interference to their project goals. 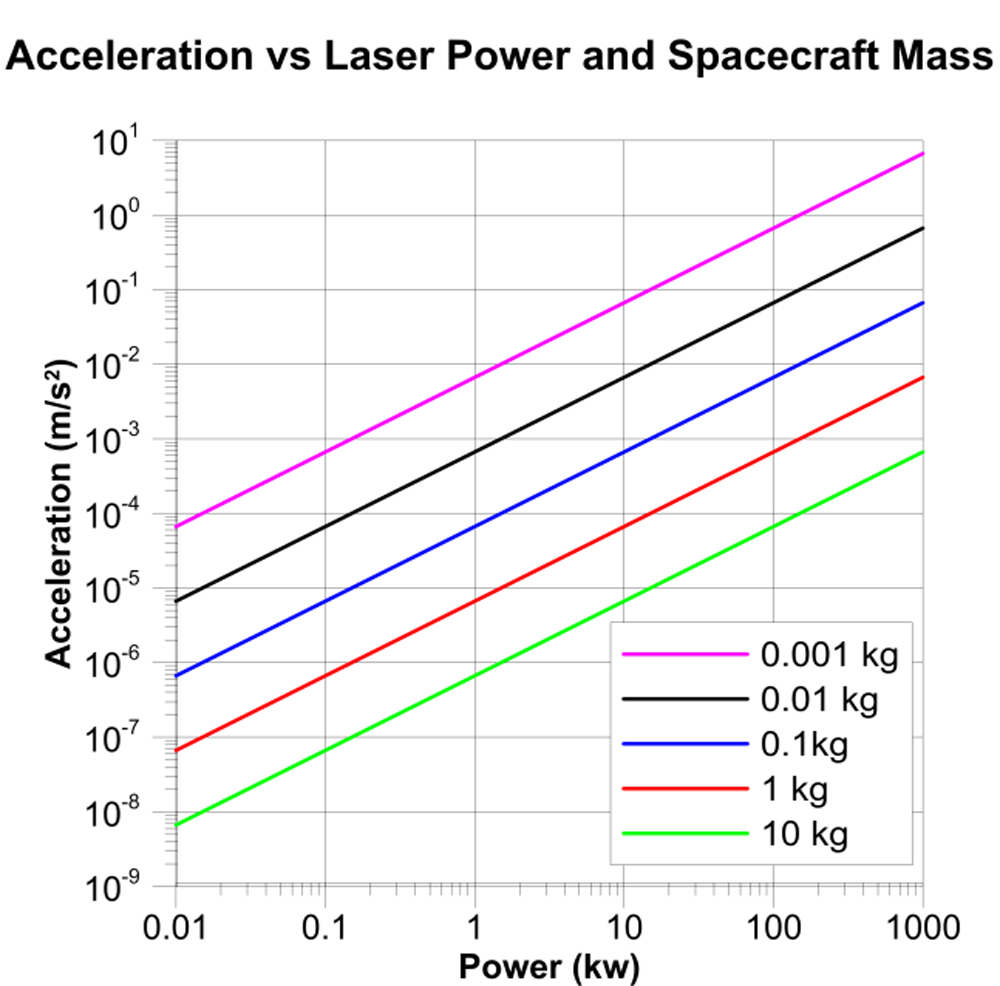 The mobile Army laser platform currently houses a 10 kW system, but increase to 50 kW was being considered. Analysis of the 10 kW system shows that a resulting acceleration can be produced and sensed on LightSail™. However, as this study was being completed we were informed that the Army laser might not be available. The Planetary Society will consider if there are other possibilities for the use of LightSail™ in a laser beam experiment.

For the space-based laser propulsion experiment, we consider several possible lasers to fit in a 3U or 6U CubeSat. These included those under study at U.C. Santa Barbara and at the Y.K. Bae Corp., as well as implementing a lower cost commercially available laser in a custom spacecraft design. A preliminary Concept of Operations for the space-based experiment was proposed, and further study of these approaches is now recommended in order to provide a cost and schedule estimate to conduct the laser-sailing experiment in space. The preliminary Concept of Operations and system concepts are shown in the final report, presented to KISS and to the (anonymous) private donor who sponsored this study.