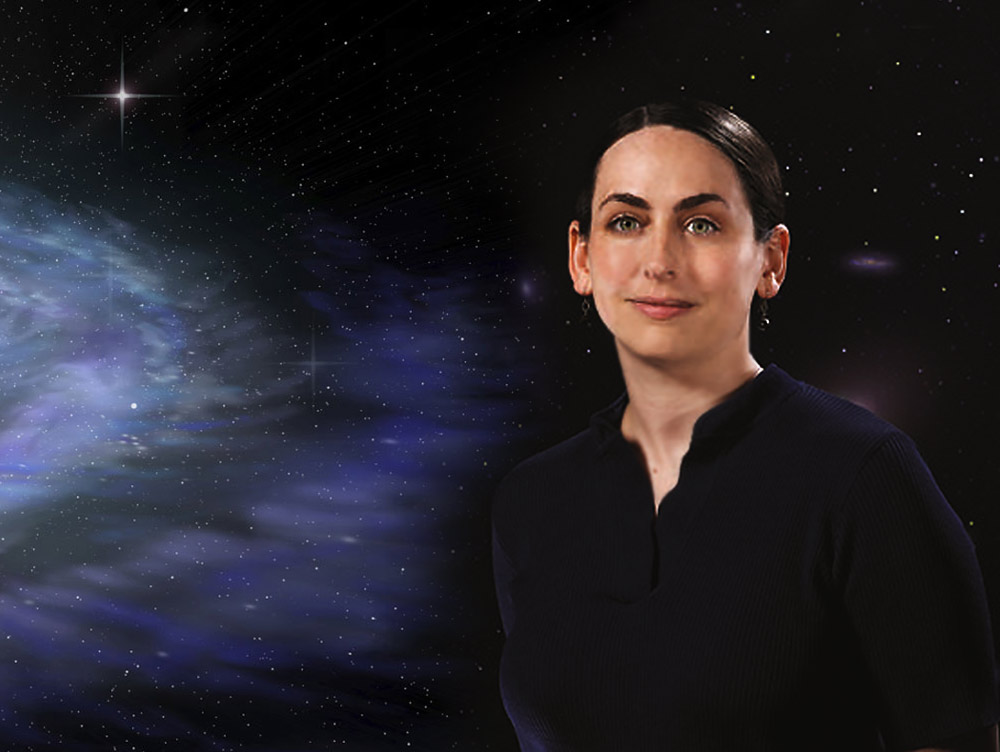 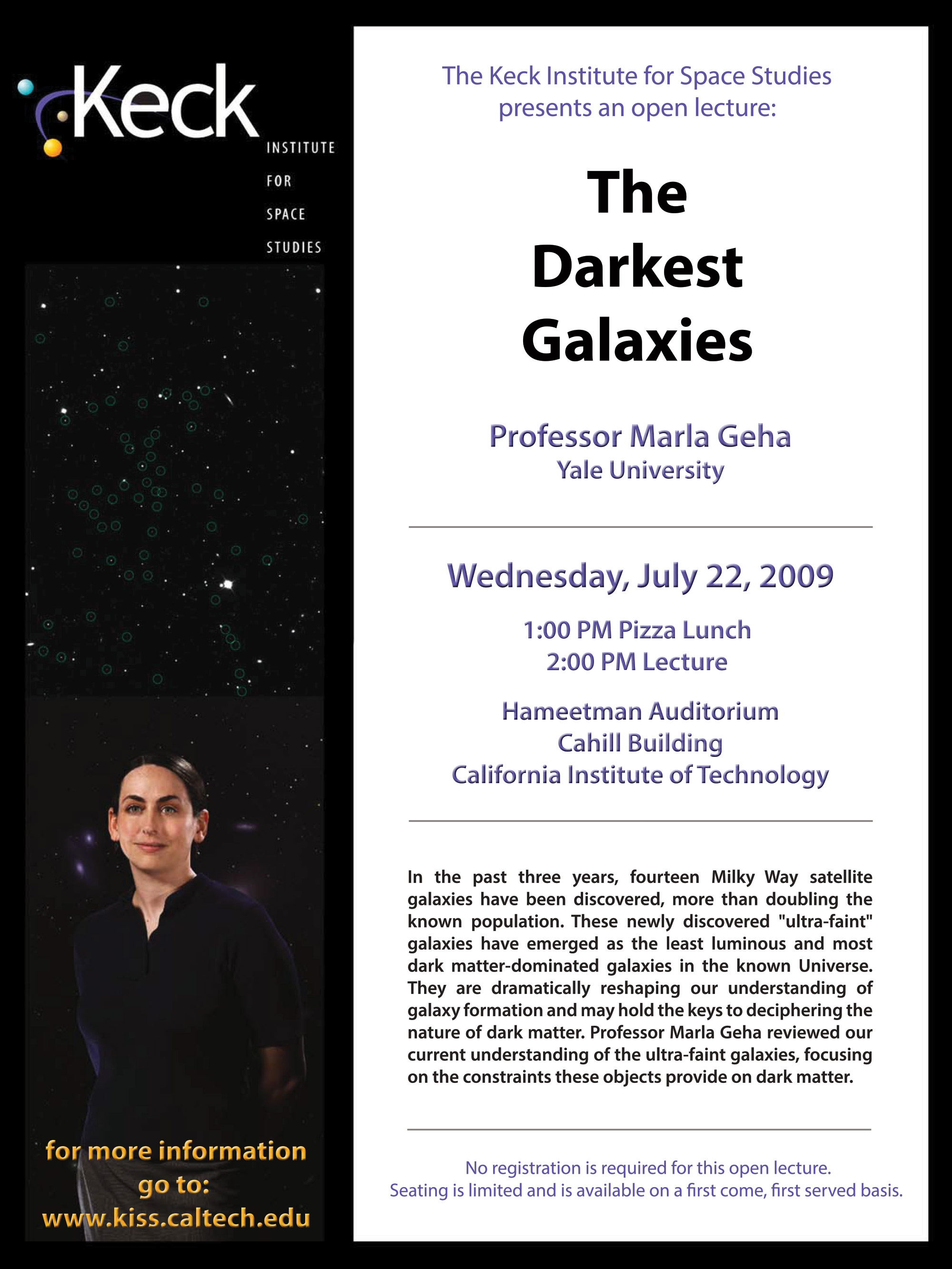 In the past three years, fourteen Milky Way satellite galaxies have been discovered, more than doubling the known population. These newly discovered "ultra-faint" galaxies have emerged as the least luminous and most dark matter-dominated galaxies in the known Universe. They are dramatically reshaping our understanding of galaxy formation and may hold the keys to deciphering the nature of dark matter. Professor Marla Geha reviewed our current understanding of the ultra-faint galaxies, focusing on the constraints these objects provide on dark matter.

Marla earned her BS in Applied and Engineering Physics from Cornell University. Then, after a few minor course corrections, she decided to complete her PhD in Astronomy and Astrophysics at the University of California at Santa Cruz. Since 2008, she’s been at Yale, and today, she’s Full Professor of Astrophysics and Director of Yale Telescope Resources there.