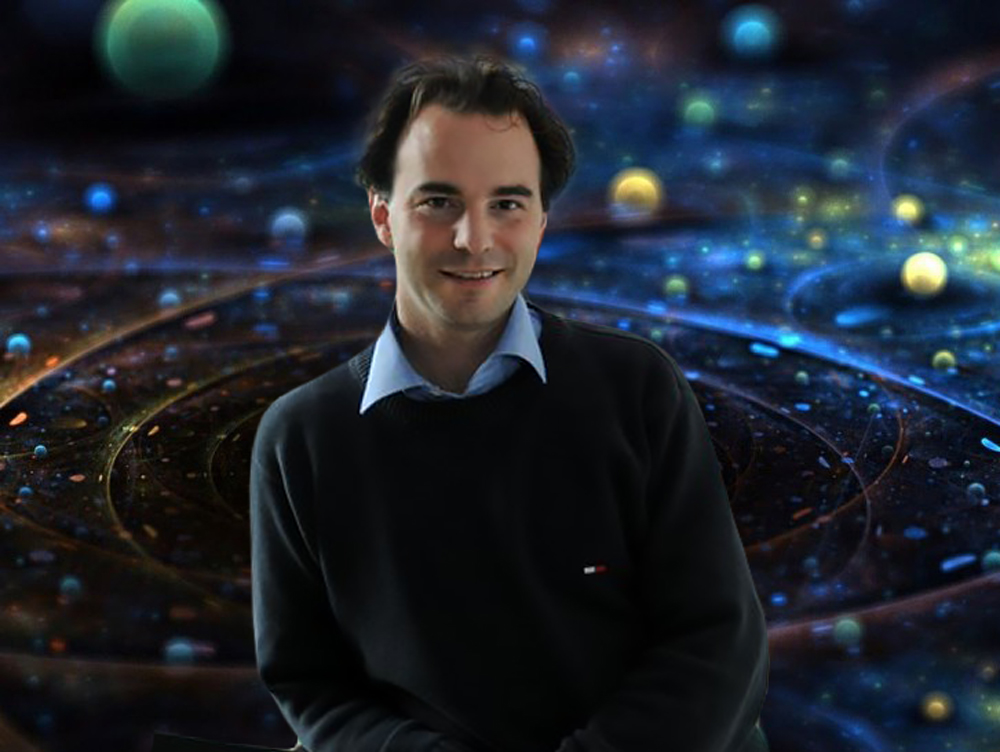 Satellite-based platforms offer unique opportunities for quantum science. On the one hand, they provide global coverage for quantum communication, for example quantum cryptography links between arbitrary nodes. On the other hand, the possibility to combine low temperature and low pressure in a sustained micro-gravity environment makes space an unmatched ‘laboratory’ for new fundamental tests on the foundations of quantum physics. Professor Aspelmeyer will discuss the perspectives for bringing quantum experiments into space and report on the status of some of the ongoing projects around the world. Surprisingly, many available quantum technologies are already compatible with the requirements for space missions.

Markus Aspelmeyer received his PhD in solid state physics from the Ludwig-Maximilians-Universität (LMU) in Munich, Germany, and a Bachelor in Philosophy from the Munich School of Philosophy.

In 2002 he switched to quantum optics and joined Anton Zeilinger’s group at the University of Vienna, Austria, with a Feodor Lynen PostDoctoral Fellowship of the Alexander von Humboldt Foundation. He moved to the Austrian Academy of Sciences’ Institute for Quantum Optics and Quantum Information (IQOQI) in Vienna in 2005, where he built up a research team working on quantum effects in micro- and nanomechanical systems. Since 2009 Markus Aspelmeyer is Full Professor at the Faculty of Physics of the University Vienna, and he is a founding member and the present Speaker of the Vienna Center for Quantum Science and Technology (VCQ). His current research interests include experiments on the foundations of quantum physics, in particular by exploiting massive optomechanical devices, micro- and nanomechanical interfaces for quantum information and experiments at the interface between quantum physics and gravity.

For his contributions to quantum optics, quantum information and quantum-optomechanics he has received several prizes, among them the Fresnel Prize 2007 of the European Physical Society, the Ignaz Lieben Prize 2008 of the Austrian Academy of Sciences and the Friedrich Wilhelm Bessel Research Award 2010 of the Alexander von Humboldt-Foundation. In 2010 he was elected a temporary member of the Austrian Academy of Sciences (Junge Kurie).