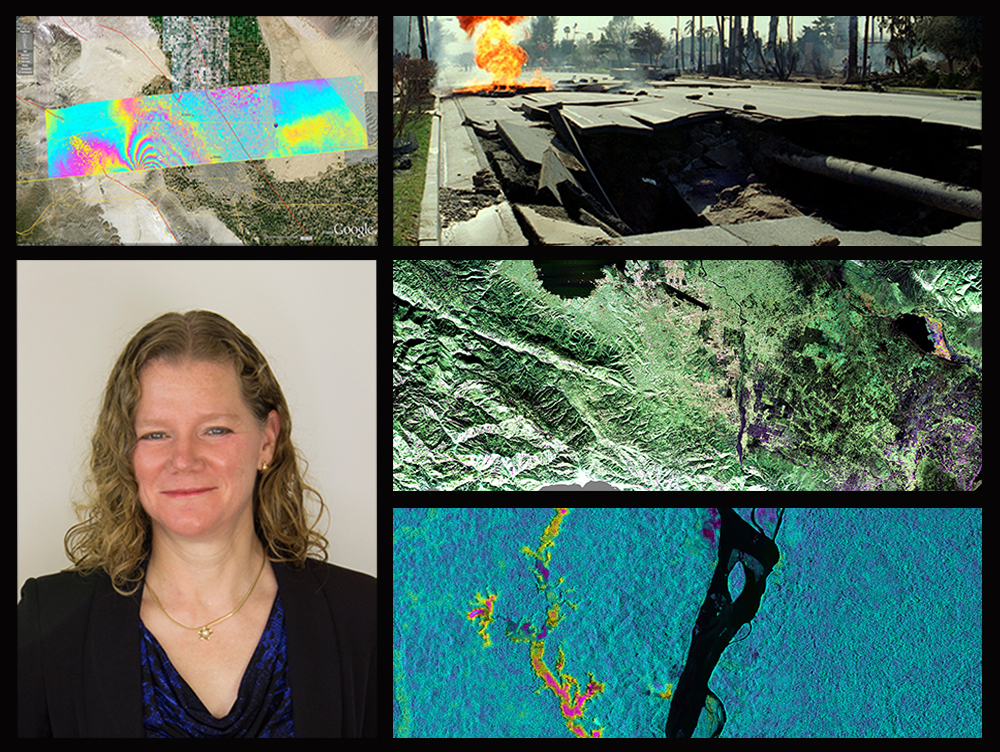 The Past, Present and Future of Understanding Earthquakes Using Space Observations On January 17, 1994 at 4:31 in the morning, the M 6.7 Northridge earthquake abruptly shook Los Angeles. Though this earthquake was not the "Big One" its 10-20 seconds of shaking killed 57 people and caused over $20 billion in damage. The earthquake was the culmination of years of accumulated strain, the last portion of which was measured using survey grade Global Positioning System (GPS) receivers. Dr. Donnellan will address the contributions of the Southern California Integrated GPS Network (SCIGN), Interferometric Synthetic Aperture Radar (InSAR), an airborne platform called UAVSAR, and modeling tools to understanding earthquakes using space and airborne observations. Future measurements and missions should provide unprecedented details of earthquake fault behavior and interactions, which can be used to address our exposure to these disastrous events.

Dr. Andrea Donnellan is a principal research scientist at NASA's Jet Propulsion Laboratory, and Adjunct Assistant Professor of Research of Earth Sciences at the University of Southern California. She is Principal Investigator of NASA's QuakeSim project, which was co-winner of NASA's Software of the Year Award in 2012. Donnellan was Deputy Manager of the JPL's Science Division, Pre-Project Scientist of an L-band radar mission, and NASA's Applied Sciences Program Area Co-Lead for Natural Disasters. Donnellan received a B.S. in geology from the Ohio State University in 1986, a master's and Ph.D. in geophysics from Caltech in 1988 and 1991 respectively, and an M.S. in Computer Science from the University of Southern California in 2003. She held a National Research Council postdoctoral fellowship at NASA's Goddard Space Flight Center. Donnellan has conducted field studies globally in tectonically active areas, and on ice sheets and glaciers, and has received numerous awards.