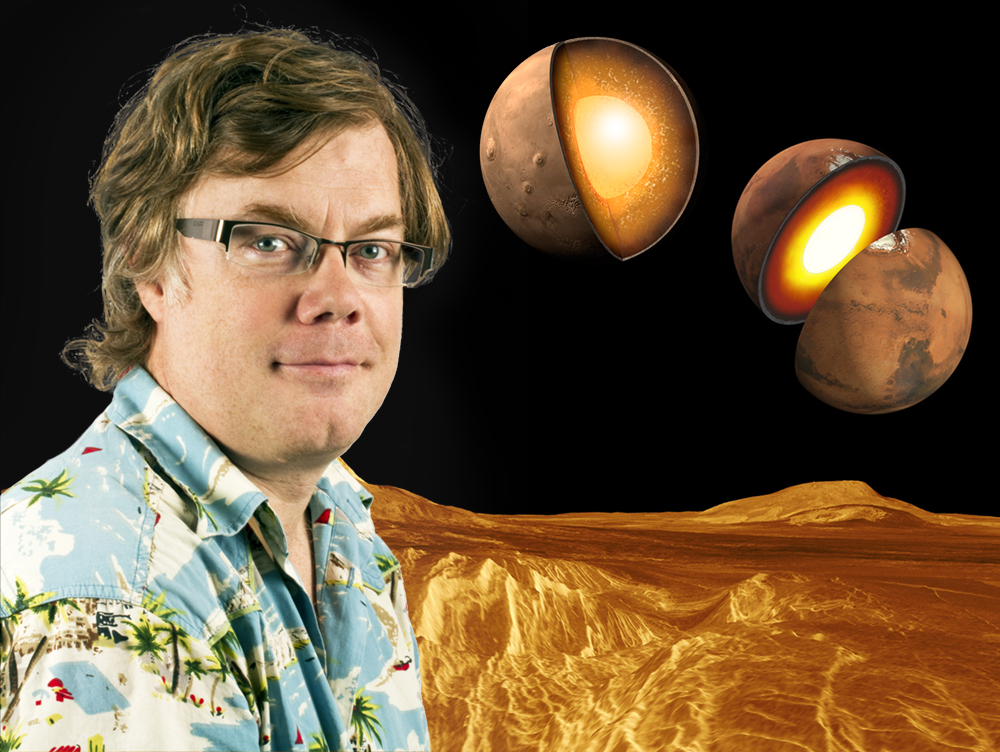 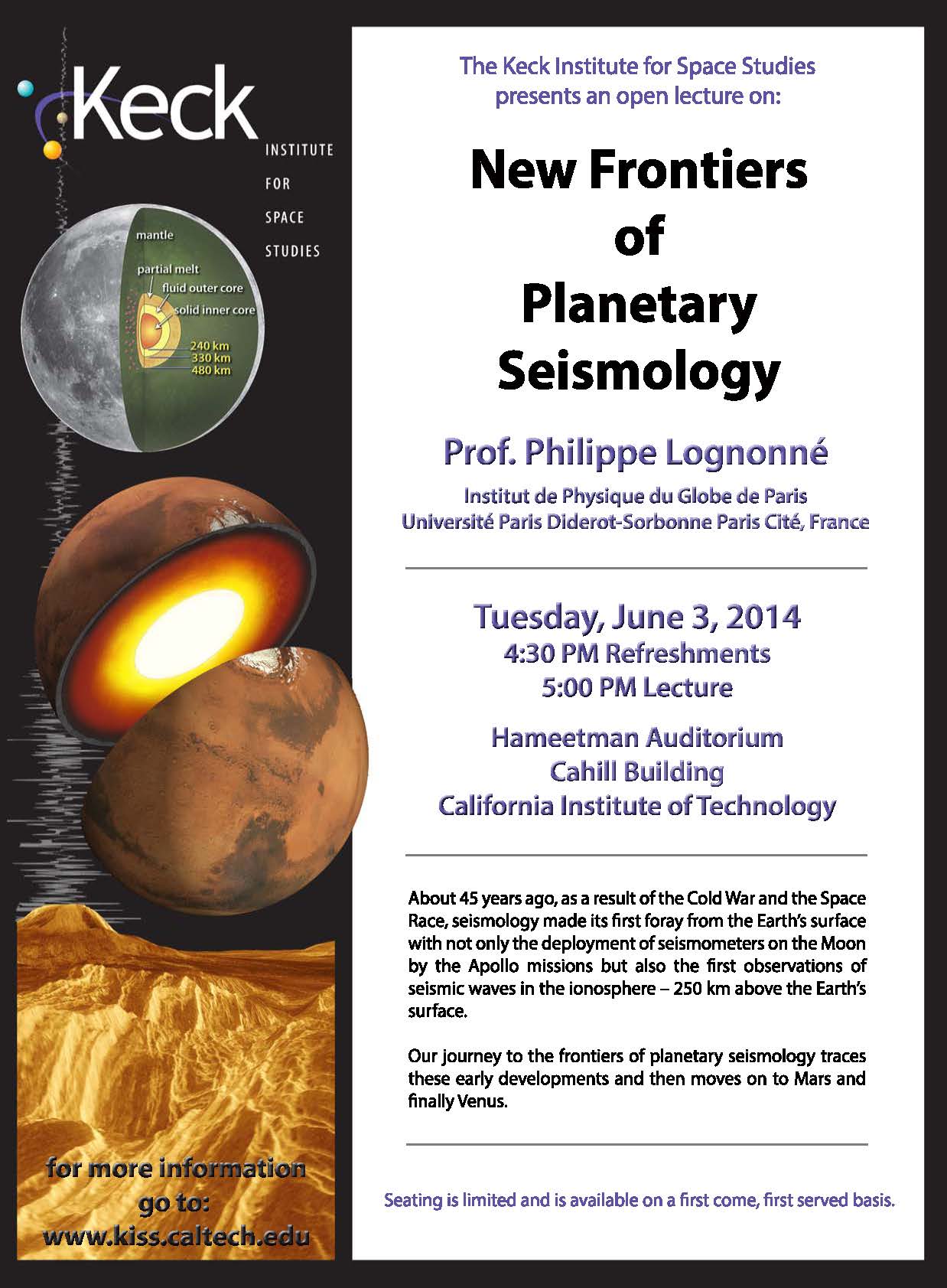 About 45 years ago and some time as a by product of the cold war, seismology started its escape from Earth, with not only the first successful installation of a seismometer on the Moon by the Apollo missions but also with the first observations of seismic waves in the ionosphere, 250 km or more above Earth surface.

Our journey to today’s research at these frontiers of seismology will start with the Moon and the 40 years old Apollo data and will then move to Mars and finally Venus.

We first present the most recent results obtained in the re-processing of the Apollo data since 2000: re-estimation of the lunar crustal thickness, discovery of the Lunar core reflected seismic waves, characterization of the dynamics of the deep moon quake and impacts.

We then move to Mars, where data will wait for the launch in March 2016 of the NASA InSight mission, which will carry to the Martian surface a 3 axis Very Broad Band and a 3 axis Short Period seismometer. We present the scientific perspectives of the mission and the technical challenges associated to the robotic installation of VBB instruments in an hostile and windy environment.

We then conclude with both the progress in Earth ionospheric seismology with a focus on the most recent detection and imaging of tsunami and seismic waves and the perspectives of these observation techniques for the future seismic missions to Venus.

Philippe Lognonné is a Professor at University of Paris Diderot-Sorbonne Cité and Planetary geophysicist at the Institut de Physique du Globe de Paris. He is PI of the SEIS experiment onboard NASA 2016 InSIght mission and of an ONR funded research project for monitoring Tsunamis in the ionosphere.