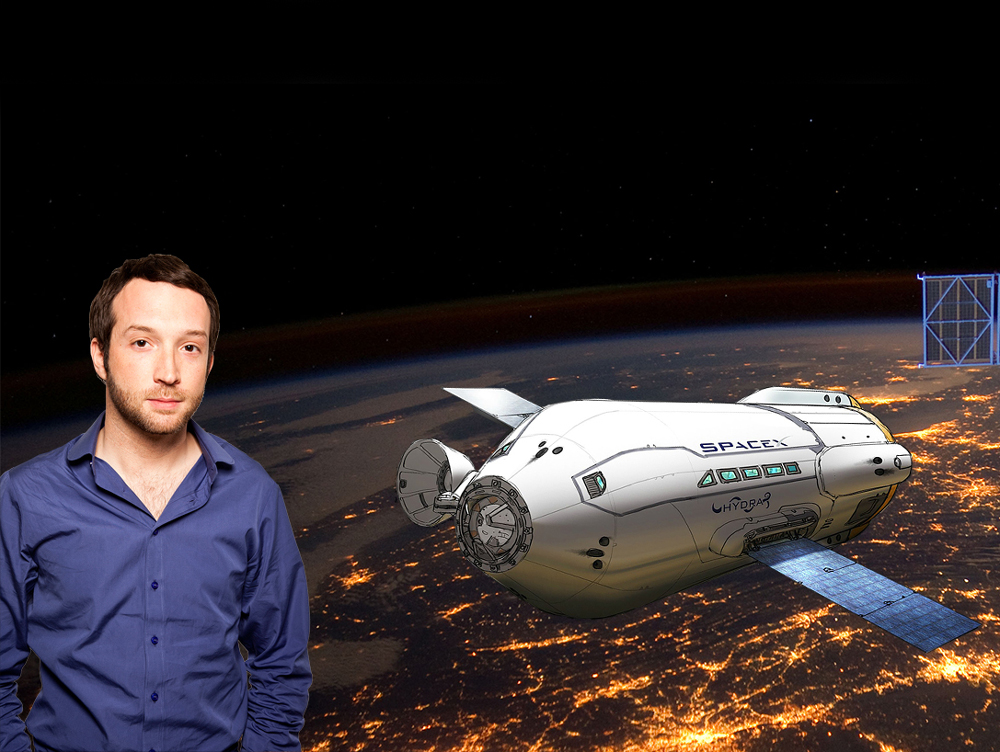 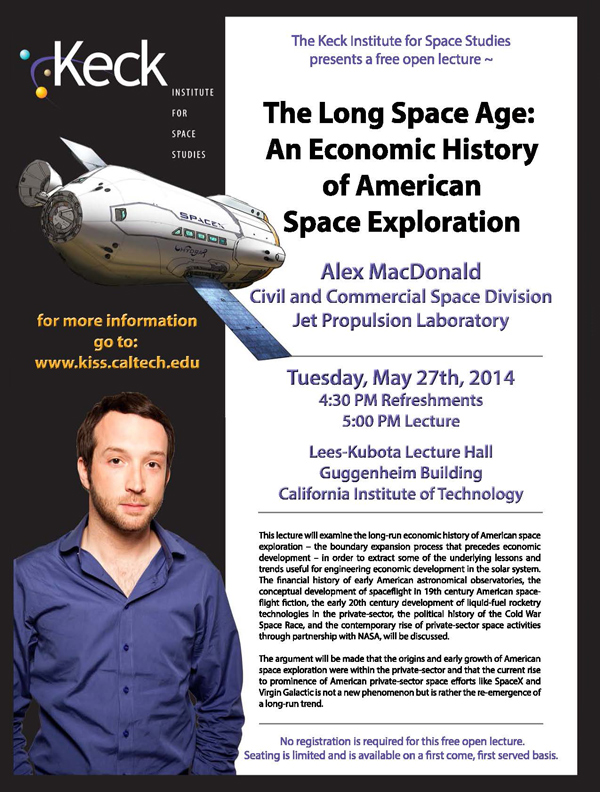 Over the last half-century there has been a rapid expansion in goods and services that involve, in some part of their production process, physical infrastructure located off of the surface of the Earth. We are engaging in economic development off of our home planet. The economic development of the solar system presently extends to around 36,000 kilometers from Earth. There, nations and corporations have placed hundreds of satellites that provide billions of dollars worth of communications and meteorological services. Closer in, within a few thousands and hundreds of kilometers from the Earth, hundreds of satellites provide a wide variety of scientific, global positioning, and commercial services, while construction has been completed on humanity’s ninth and largest space station. On the planet itself, government agencies, corporations and individuals plan for the expansion of economic development to the lunar surface, the asteroids, and Mars.

This lecture will examine the long-run economic history of American space exploration – the boundary expansion process that precedes economic development – in order to extract some of the underlying lessons and trends useful for engineering economic development in the solar system. The financial history of early American astronomical observatories, the conceptual development of spaceflight in 19th century American spaceflight fiction, the early 20th century development of liquid-fuel rocketry technologies in the private-sector, the political history of the Cold War Space Race, and the contemporary rise of private-sector space activities through partnership with NASA, will be discussed.

The argument will be made that the origins and early growth of American space exploration were within the private-sector and that the current rise to prominence of American private-sector space efforts like SpaceX and Virgin Galactic is not a new phenomenon but is rather the re-emergence of a long-run trend.

Alex MacDonald is an executive staff specialist at NASA’s Jet Propulsion Laboratory within the Civil and Commercial Space Division. He is recognized as an expert on the economic history of American space exploration and contemporary private-sector space activities. He is formerly the founding NASA program executive of the Emerging Space Office that was established to conduct economic analysis on the emerging commercial space ecosystem. He is also a former research faculty member at Carnegie Mellon University and has worked for the Universities Space Research Association while at NASA’s Ames Research Center where he worked on small satellite mission designs and served as the first research economist on staff. He was a Clarendon Scholar at the University of Oxford where he obtained his doctorate on the long-run economic history of American space exploration and was a member of the inaugural class of TED Senior Fellows.