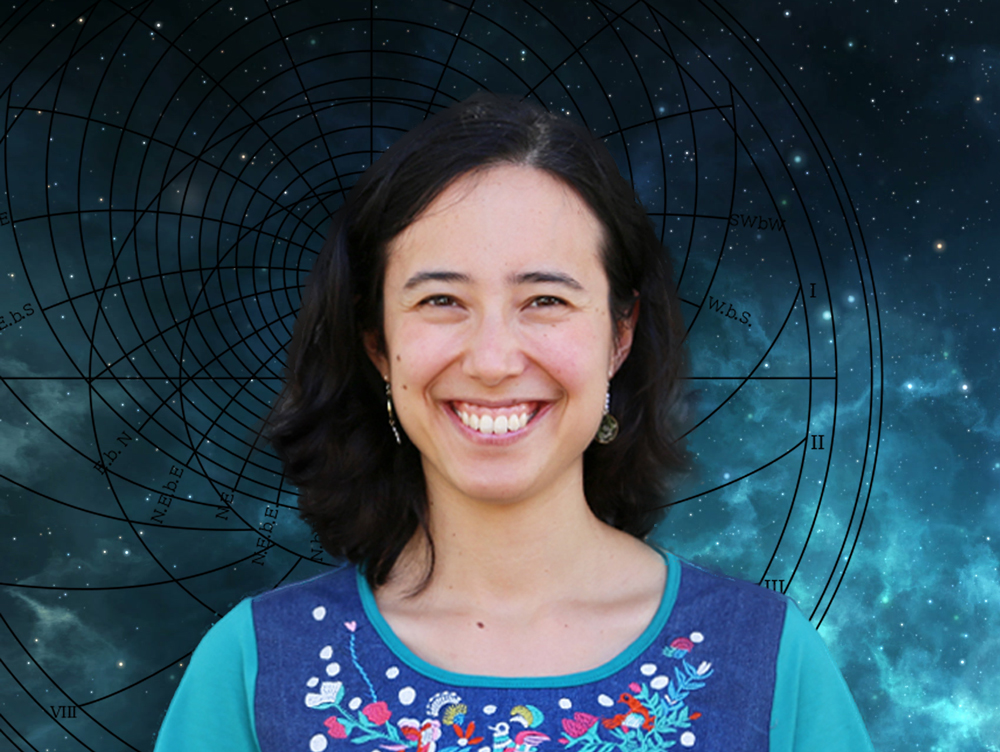 Telescopes, Astronomical Discoveries, and Their Influence on Literature 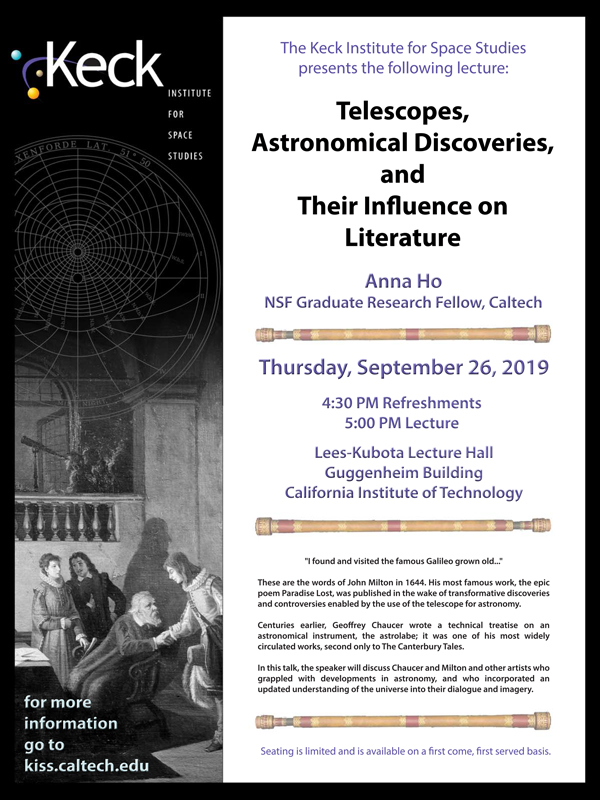 "I found and visited the famous Galileo grown old..." These are the words of John Milton in 1644. His most famous work, the epic poem Paradise Lost, was published in the wake of transformative discoveries and controversies enabled by the use of the telescope for astronomy. Centuries earlier, Geoffrey Chaucer wrote a technical treatise on an astronomical instrument, the astrolabe; it was one of his most widely circulated works, second only to The Canterbury Tales. In this talk, the speaker will discuss Chaucer and Milton and other artists who grappled with developments in astronomy, and who incorporated an updated understanding of the universe into their dialogue and imagery.

Anna Ho is a graduate student in the astronomy department at Caltech. For her research, she uses the Zwicky Transient Facility at Palomar Observatory to investigate the death throes, deaths, and afterlives of massive stars. Before coming to Caltech, she obtained her B.S. in Physics at MIT and spent a year on a Fulbright Scholarship at the Max Planck Institute for Astronomy in Heidelberg, Germany.