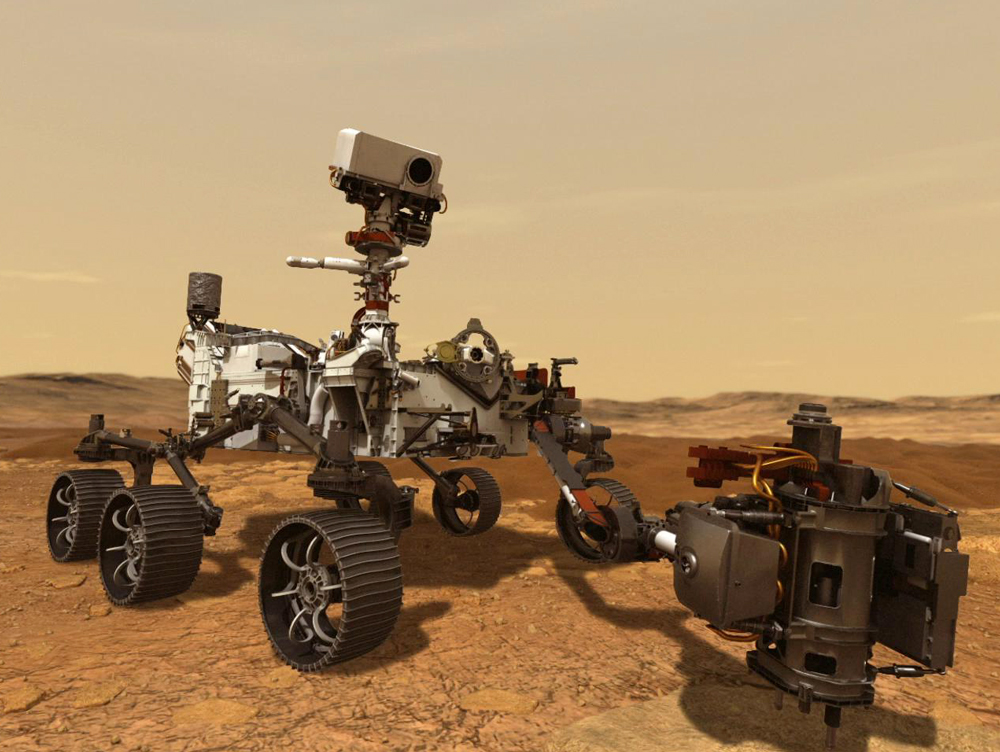 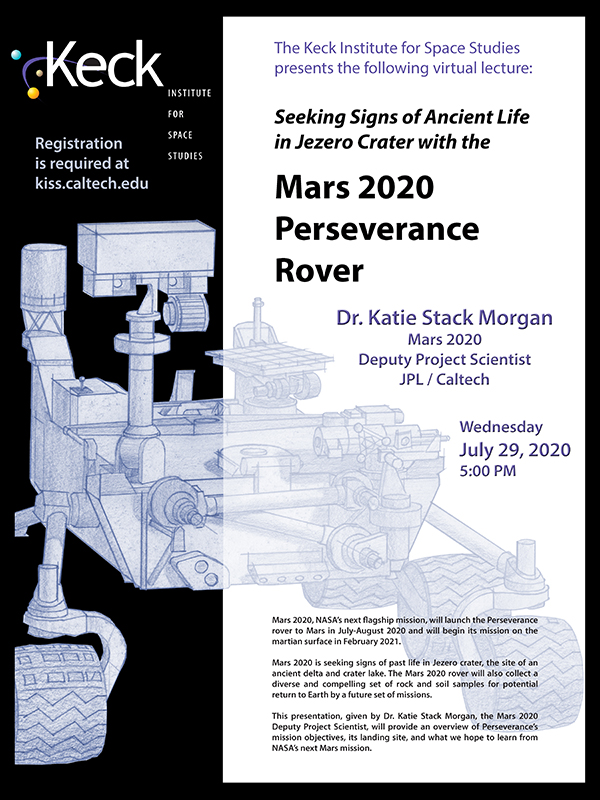 Mars 2020, NASA’s next flagship mission, launched the Perseverance rover to Mars on July 30, 2020 and will begin its mission on the martian surface in February 2021. Mars 2020 is seeking signs of past life in Jezero crater, the site of an ancient delta and crater lake. The Mars 2020 rover will also collect a diverse and compelling set of rock and soil samples for potential return to Earth by a future set of missions. This presentation, given by Dr. Katie Stack Morgan, the Mars 2020 Deputy Project Scientist, will provide an overview of Perseverance’s mission objectives, its landing site, and what we hope to learn from NASA’s next Mars mission.

Katie Stack Morgan is a research scientist at the Jet Propulsion Laboratory, the Deputy Project Scientist of the upcoming Mars 2020 Perseverance rover, and a participating scientist on the Mars Science Laboratory Curiosity rover mission. She graduated with a B.A. in geology and astronomy from Williams College in 2008 and earned her M.Sc. and Ph.D. in geology from Caltech in 2011 and 2015, respectively. For her work on the Curiosity rover, she was named to the 2013 Forbes’ list of 30 under 30 and has earned several NASA Group Achievement Awards and a NASA Software of the Year award. Katie’s research focuses on the Martian sedimentary rock record, using orbiter and rover image data to understand the evolution of ancient surface processes on Mars.