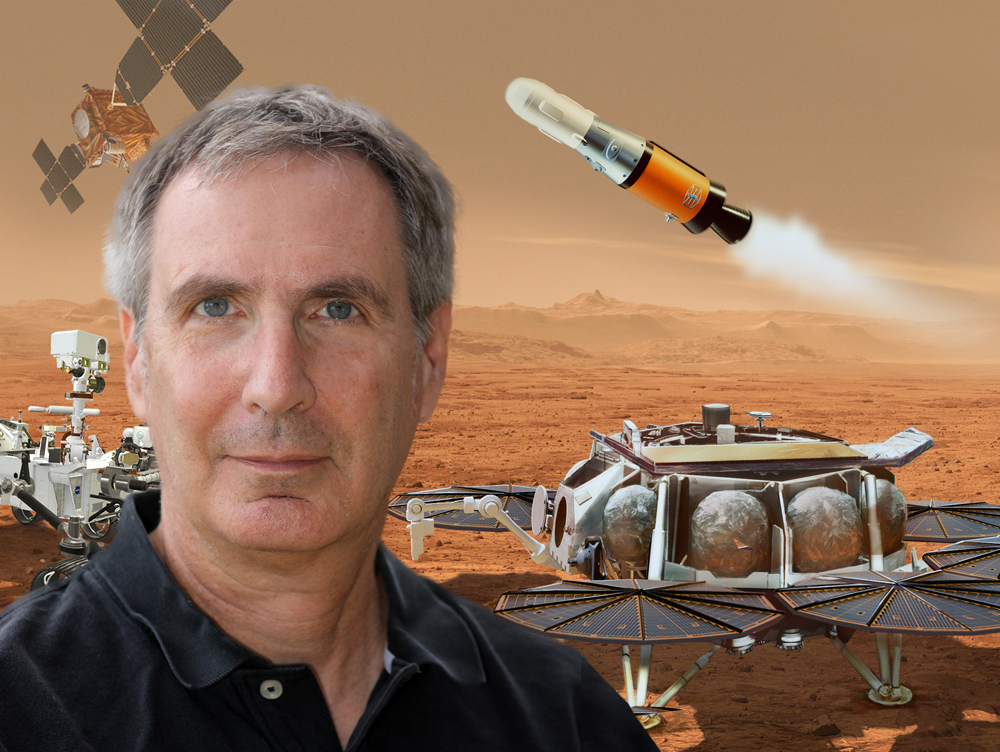 Lecture: Dreaming of Rocks from Mars - Scientific Desires and the Engineering of Mars Missions 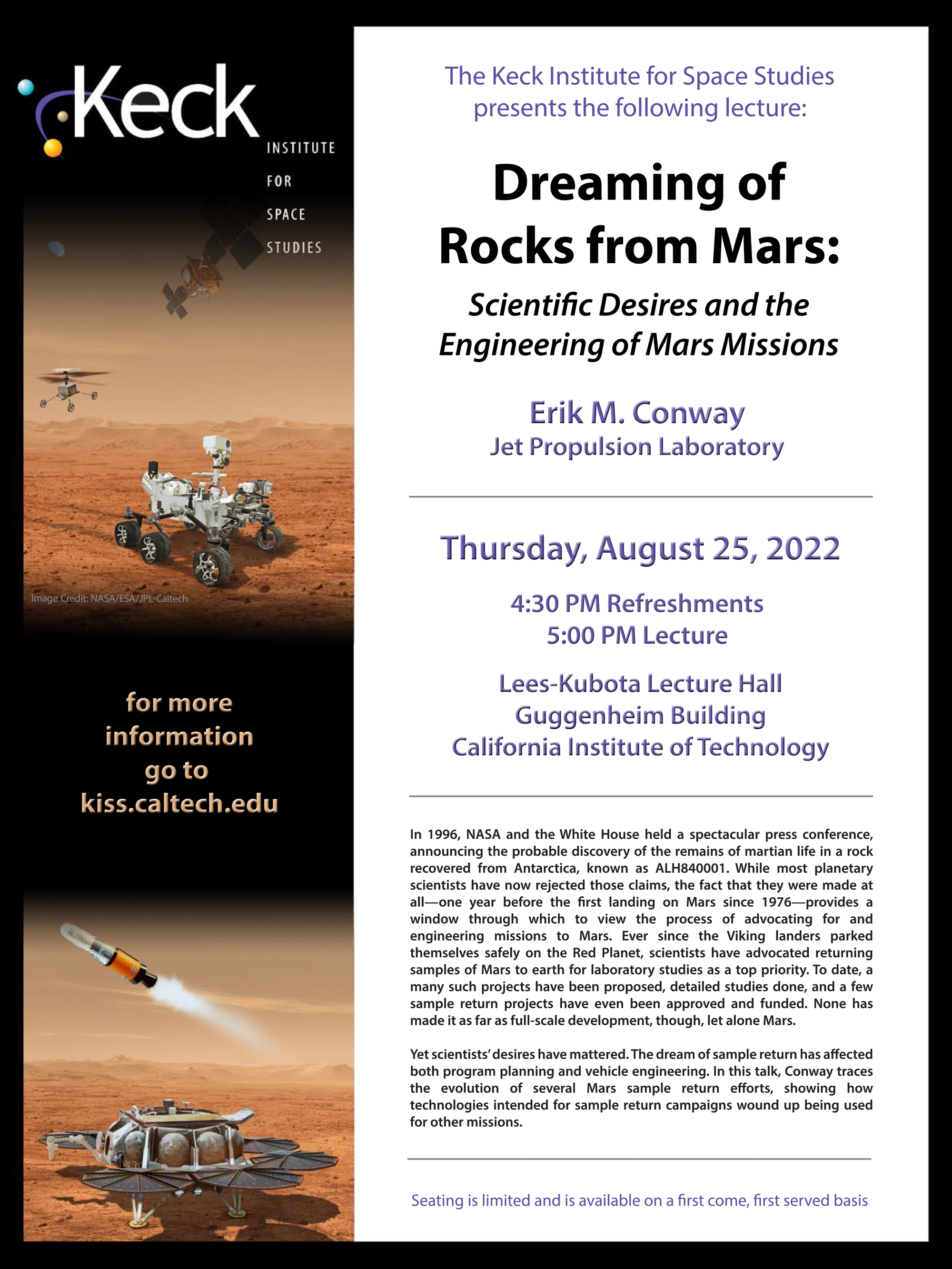 In 1996, NASA and the White House held a spectacular press conference, announcing the probable discovery of the remains of martian life in a rock recovered from Antarctica, known as ALH840001. While most planetary scientists have now rejected those claims, the fact that they were made at all—one year before the first landing on Mars since 1976—provides a window through which to view the process of advocating for and engineering missions to Mars. Ever since the Viking landers parked themselves safely on the Red Planet, scientists have advocated returning samples of Mars to earth for laboratory studies as a top priority. To date, a many such projects have been proposed, detailed studies done, and a few sample return projects have even been approved and funded. None has made it as far as full-scale development, though, let alone Mars.

Yet scientists' desires have mattered. The dream of sample return has affected both program planning and vehicle engineering. In this talk, Conway traces the evolution of several Mars sample return efforts, showing how technologies intended for sample return campaigns wound up being used for other missions.

Erik M Conway is a historian of science and technology living in Altadena, California. He completed a Ph.D. from the University of Minnesota in 1998, with a dissertation on the development of aircraft landing aids. Conway works as the historian of the Jet Propulsion Laboratory, a unit of Caltech.

Most of Conway's work has been at the intersection of science and technology in the later 20th century, and mostly related to aerospace. His most recent book is A History of Near-Earth Objects Research, with Donald K. Yeomans and Meg Rosenburg, published in July 2022. Conway recently received a Guggenheim Fellowship with Naomi Oreskes, and served as the inaugural Fellow for the joint Caltech/Huntington Research Institute for the History of Science and Technology. He has two book manuscripts trapped in the publication chain: The Big Myth with Naomi Oreskes, due from Bloomsbury USA in 2023; and Electrical Conquest, edited with W. Bernard Carlson, under review. Conway has forthcoming essays in Kevin Kruse and Julian Zelizer's Myth America and in Daedalus.

Prior to graduate school, Conway served as an officer in the U.S. Navy for four years, serving as a Damage Control Assistant and Acting Chief Engineer on a tank landing ship, and then as an operations officer for COMPHIBRON ONE in San Diego, CA.

Conway downhill skis (mostly at the wonderful Mammoth Mountain in California, though he loves Alta too), and scuba dives. He used to whitewater kayak but has not run a river in many years. He practices high power rocketry (NAR Level 2) with the Rocketry Organization of California in his free time. His current personal altitude record is 22,098 feet AGL in Black Rock Desert, Nevada, achieved during XPRS 2019.