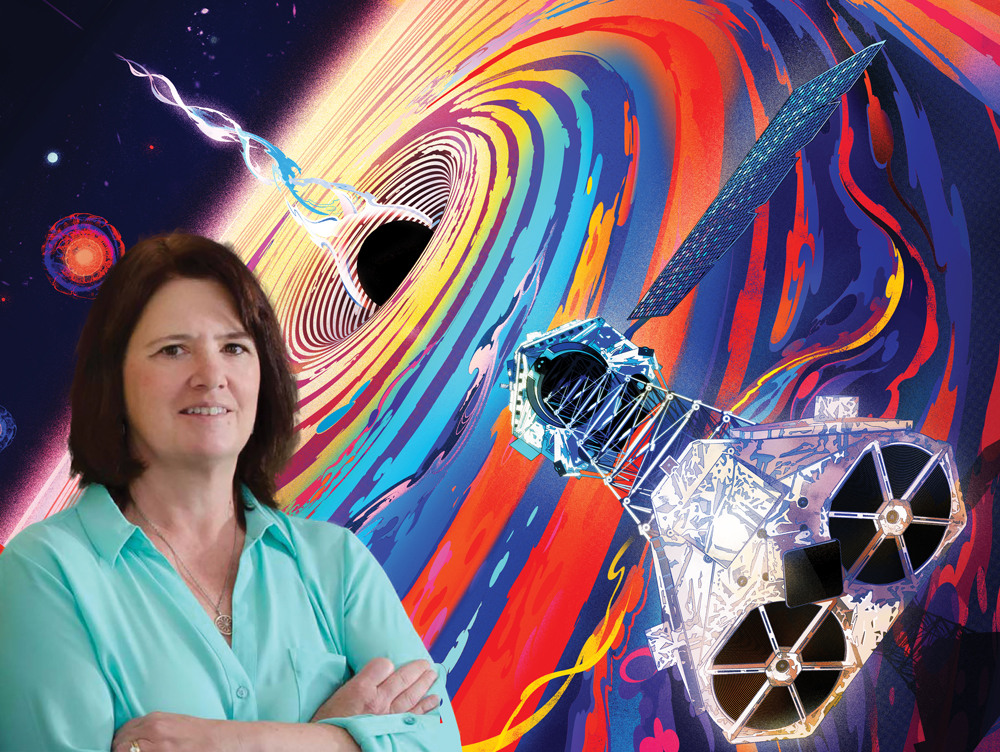 Lecture: The Science of NuSTAR – 10 years of Exploring the Energetic Universe

Speaker: Dr. Fiona Harrison
Benjamin M. Rosen Professor of Physics, and the Kent and Joyce Kresa Leadership Chair of the Division of Physics, Mathematics and Astronomy at Caltech 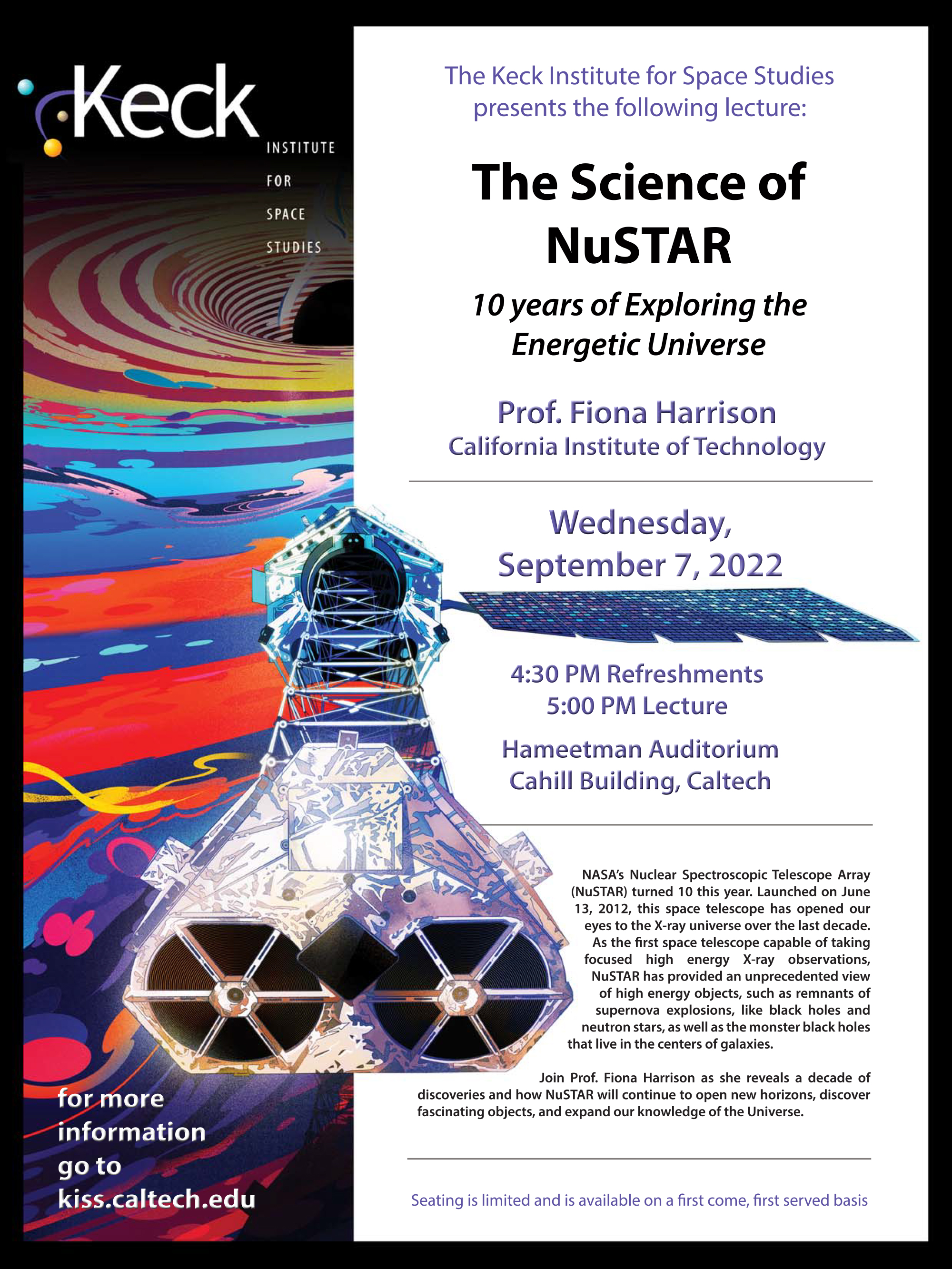 NASA’s Nuclear Spectroscopic Telescope Array (NuSTAR) turned 10 this year. Launched on June 13, 2012, this space telescope has opened our eyes to the X-ray universe over the last decade. As the first space telescope capable of taking focused high energy X-ray observations, NuSTAR has provided an unprecedented view of high energy objects, such as remnants of supernova explosions, like black holes and neutron stars, as well as the monster black holes that live in the centers of galaxies.

Join Prof. Fiona Harrison as she reveals a decade of discoveries and how NuSTAR will continue to open new horizons, discover fascinating objects, and expand our knowledge of the Universe.

Dr. Fiona Harrison is the California Institute of Technology (Caltech) Benjamin M. Rosen Professor of Physics, and the Kent and Joyce Kresa Leadership Chair of the Division of Physics, Mathematics and Astronomy. Dr. Harrison’s research is focused on the study of energetic phenomena ranging from gamma-ray bursts, black holes on all mass scales, to neutron stars and supernovae. Currently she is principal investigator for NASA’s Nuclear Spectroscopic Telescope Array (NuSTAR). She received her Ph.D. in physics from the University of California, Berkeley, and went to Caltech in 1993 as a Robert A. Millikan Prize Fellow in Experimental Physics.

Dr. Harrison was awarded the Presidential Early Career Award in 2000, was named one of America’s Best Leaders by U.S. News and World Report, and Harvard's Kennedy School of Government in 2008, and received the NASA Outstanding Public Leadership Medal in 2013. In 2015, she was awarded the Bruno Rossi Prize of the High Energy Astrophysics Division of the American Astronomical Society, and in 2016 she won the Harrie Massey Award from the International Committee on Science’s (ICSU) Committee on Space Research (COSPAR). She was elected to the American Academy of Arts and Sciences and the National Academy of Sciences in 2014. Harrison is a member of the National Academies’ Division Committee on Engineering and Physical Sciences, and Chaired the Committee on an Assessment of the Astrophysics Focused Telescope Assets (AFTA) Mission Concepts, as well as recently serving on the Academies’ Committee on NASA’s science mission extensions. She also served as the Co-Chair of the decadal survey committee on astronomy and astrophysics that authored the 2021 report, Pathways to Discovery in Astronomy and Astrophysics for the 2020s.