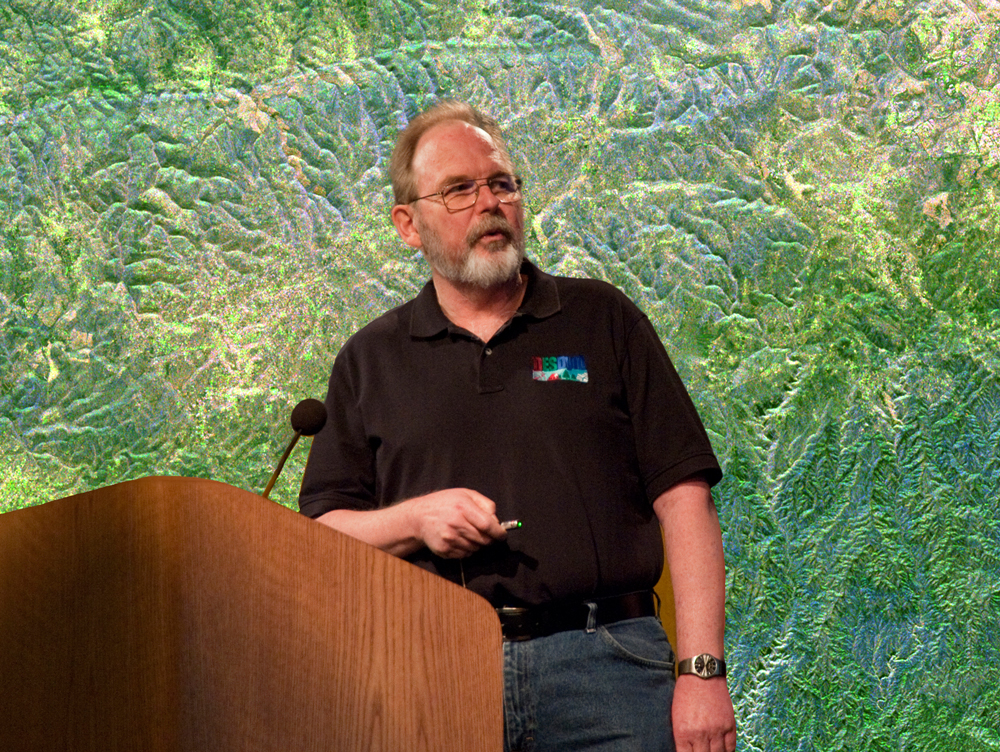 Climate Change Impact on Past Civilizations: Lessons from Space Data and Archaeology 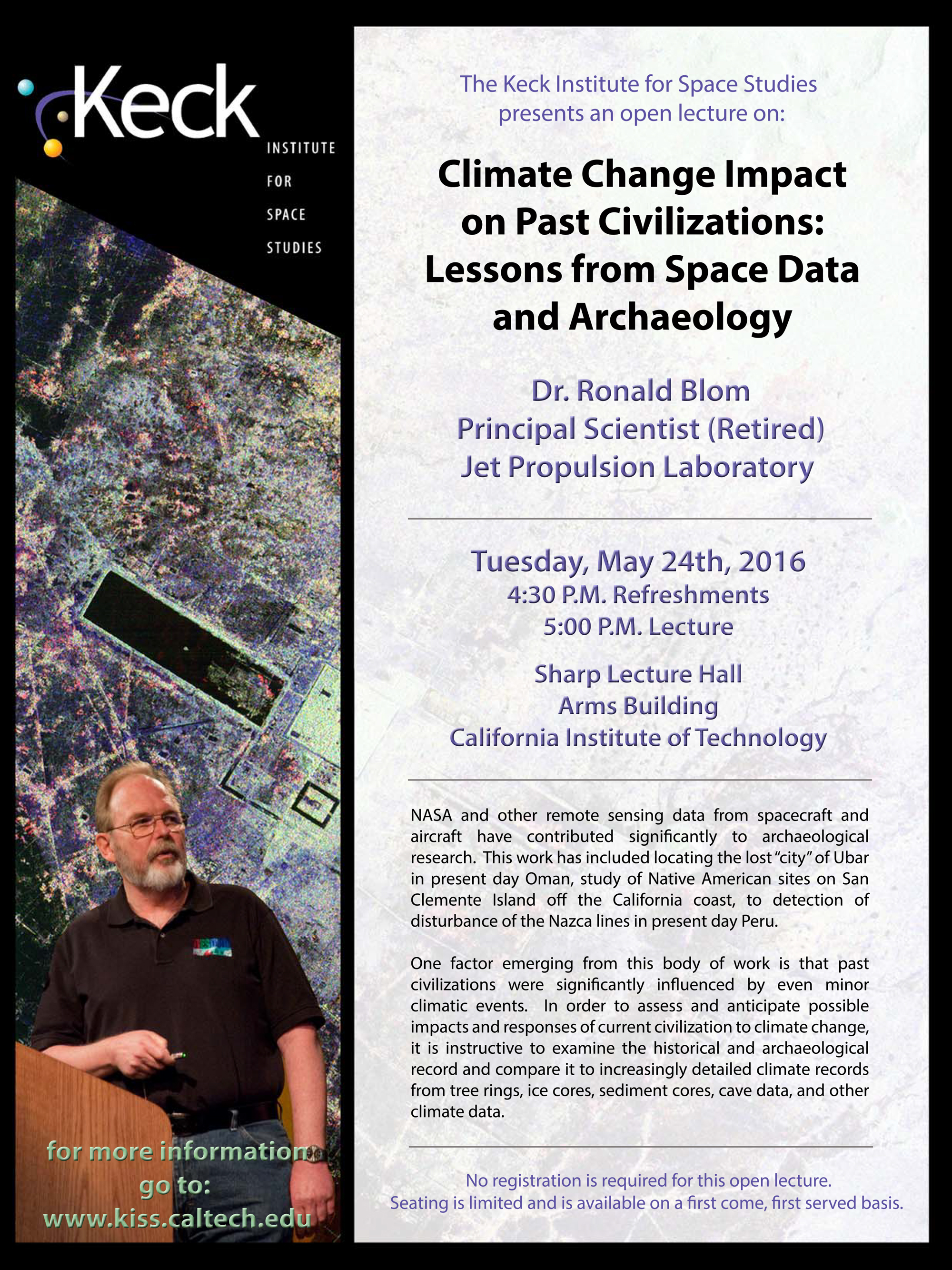 Recently, NASA and other remote sensing data from spacecraft and aircraft have contributed significantly to archaeological research. This work has included locating the lost “city” of Ubar in present day Oman, study of Native American sites on San Clemente Island off the California coast, to detection of disturbance of the Nazca lines in present day Peru. One factor emerging from this body of work is that past civilizations were significantly influenced by even minor climatic events. In order to assess and anticipate possible impacts and responses of current civilization to climate change, it is instructive to examine the historical and archaeological record and compare it to increasingly detailed climate records from tree rings, ice cores, sediment cores, cave data, and other climate data. Consider that although humans have been anatomically modern for about 130,000 years, and that humans left Africa over 50,000 years ago, and that stunning artistic cultural achievements over 30,000 years old adorn European and Indonesian caves, yet agriculture and complex societies did not emerge until about 10,000 years ago. Coincidentally, this was when rapid sea-level rise following de-glaciation slowed, and various climate proxies show the global climate system settling into the present stable regime. Shortly after this transition, agriculture and complex societies emerged independently, based on different grains and domestic animals, at several locations around the world. Nonetheless, during this more stable modern climate, minor climate fluctuations helped bring down the Old Kingdom of Egypt, the Maya, and others. How will we react? The message from the past is not reassuring.

Ronald G. Blom retired from the Jet Propulsion Laboratory after 37 years, where despite being unable to dodge management duties, he was able to have a fun career, working on data from a number of Earth missions and conducting field work in the Egyptian Sahara, Sudan, Oman, Yemen, China, and Peru, in addition to more mundane locations like the Mojave desert. Ron was trained as a geologist, with a Bachelor’s degree from UCSB, an MS from CSUN, and returning to UCSB his Ph.D.

This lecture is sponsored by the Keck Institute for Space Studies. It is also associated with Exploration: The Globe and Beyond a William Bennett Munro Memorial Lecture Series.

No registration is required. Seating is limited and is available on a first come, first served basis.