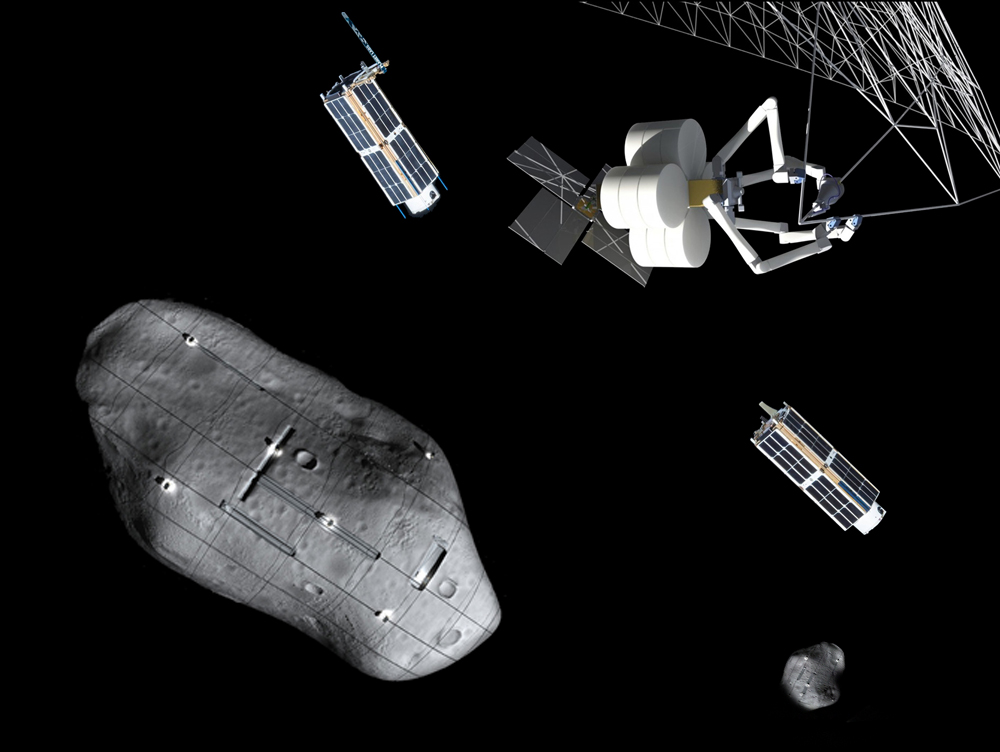 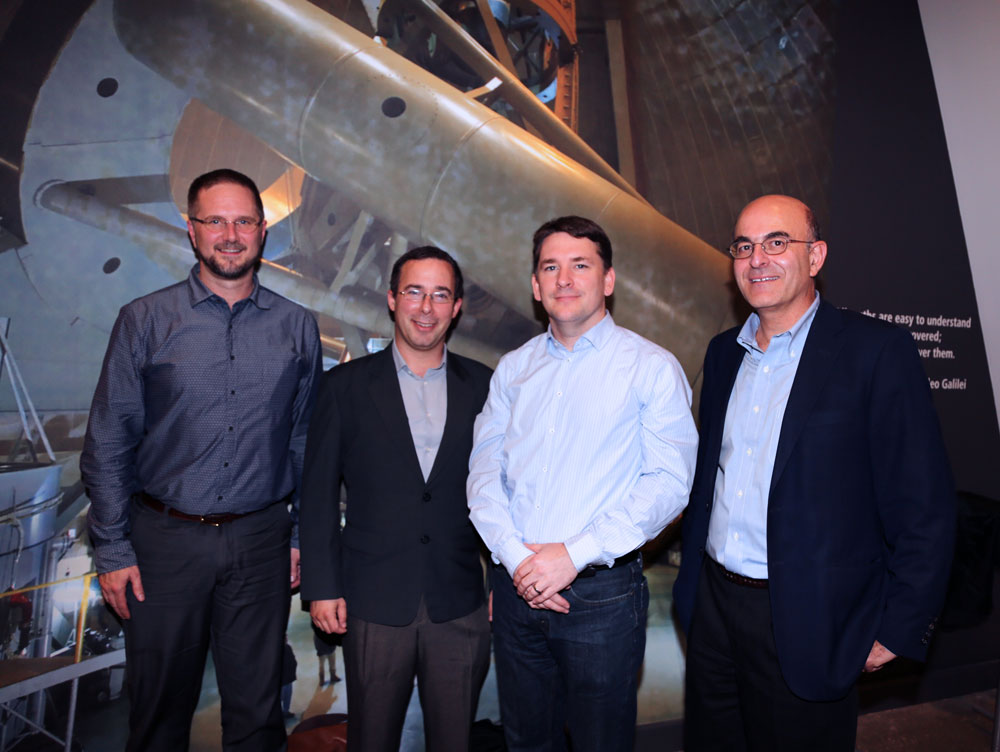 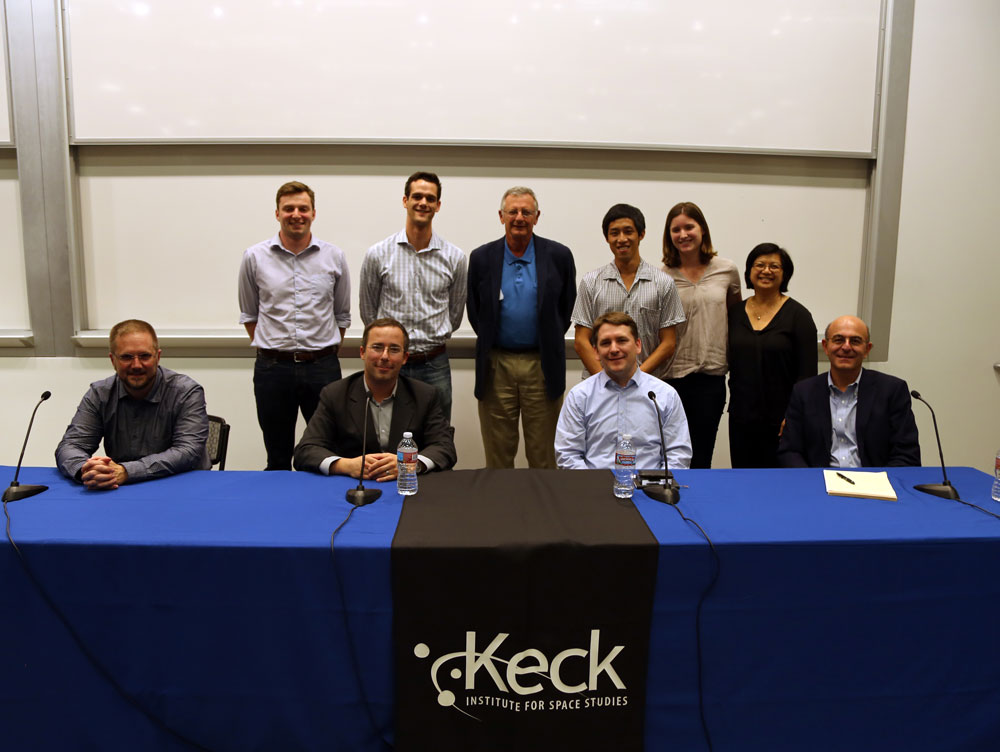 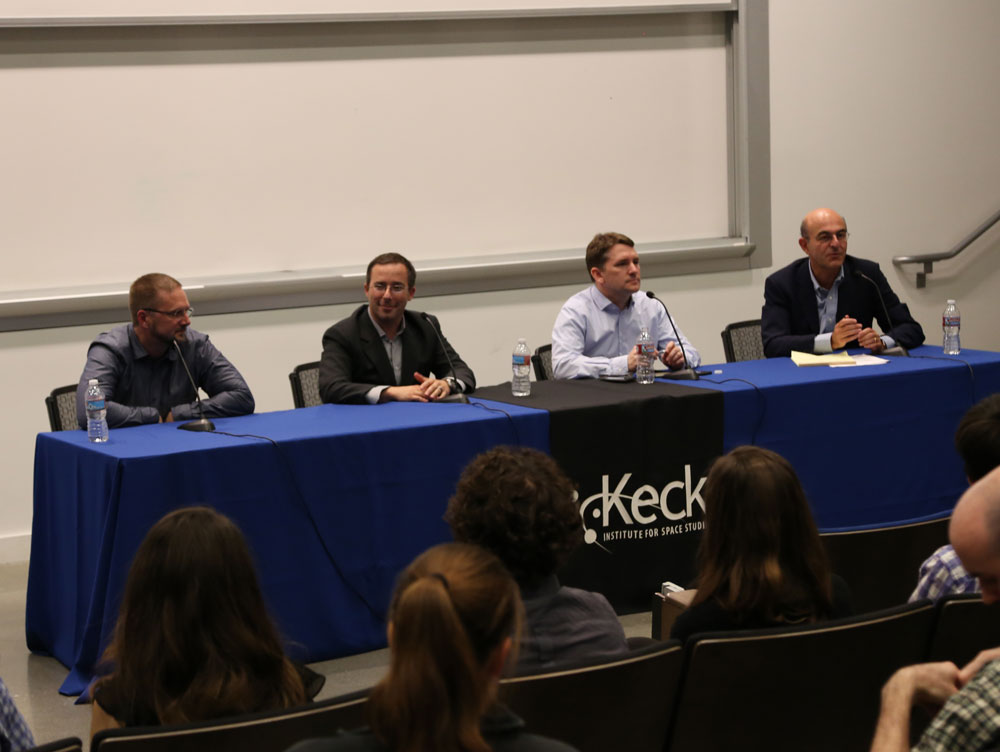 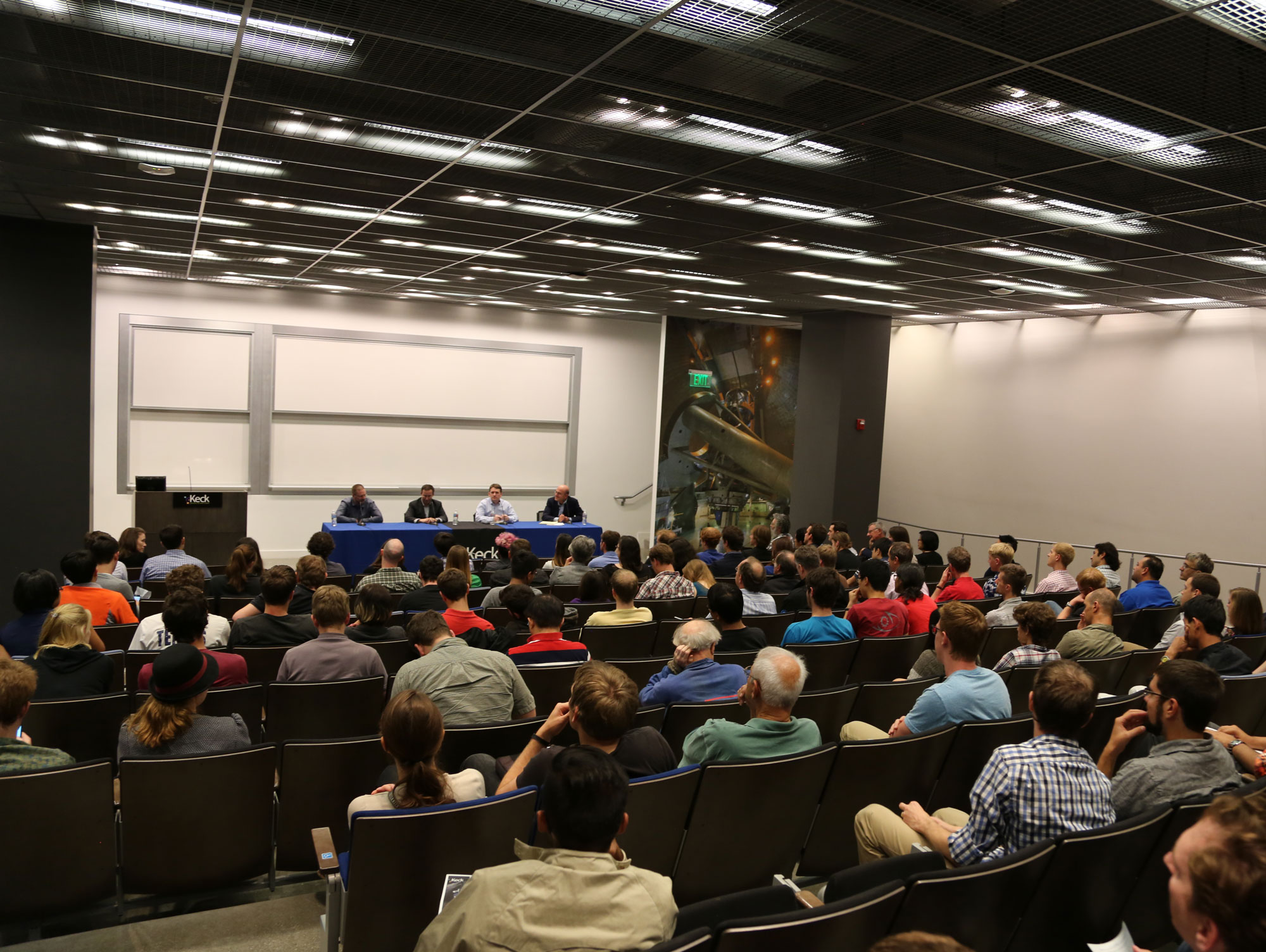 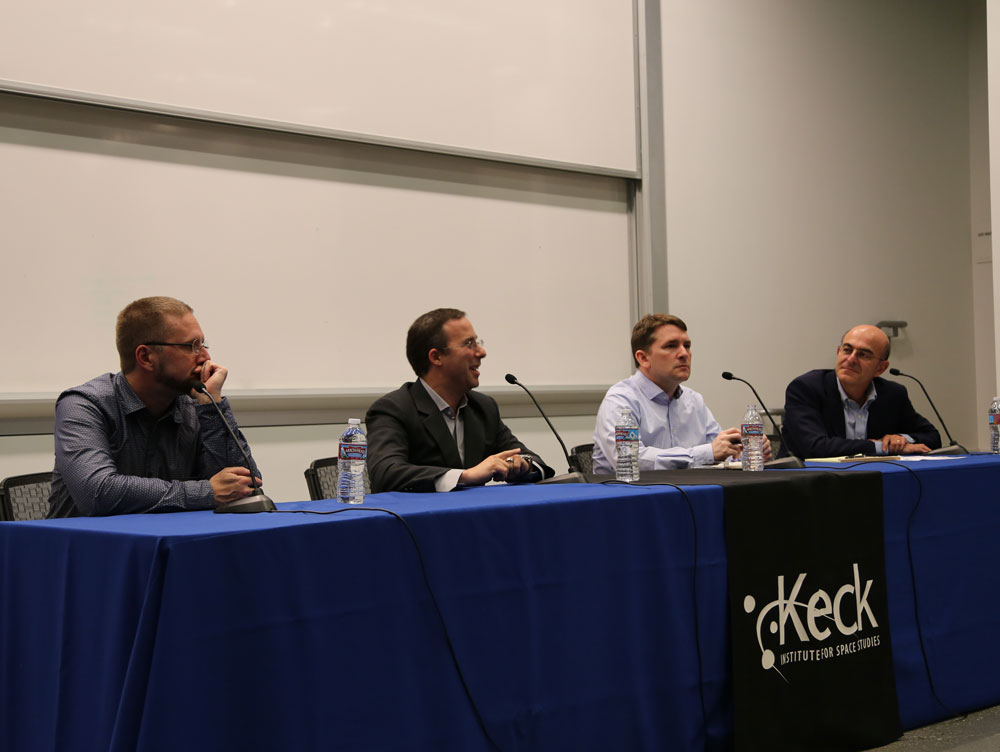 Profits in the Final Frontier: Entrepreneurial Pursuits in Space 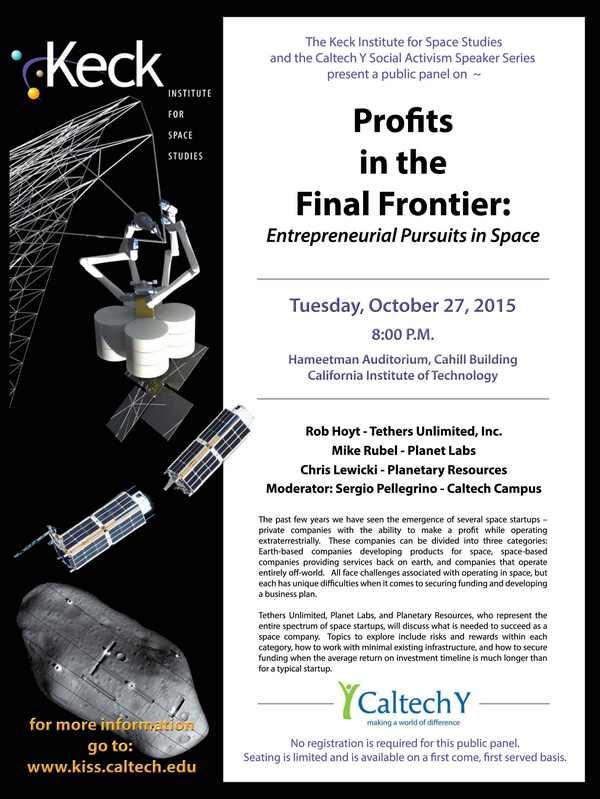 The past few years we have seen the emergence of several space startups - private companies with the ability to make a profit while operating extraterrestrially. These companies can be divided into three categories: Earth-based companies developing products for space, space-based companies providing services back on earth, and companies that operate entirely off-world. All face challenges associated with operating in space, but each has unique difficulties when it comes to securing funding and developing a business plan. Tethers Unlimited, Planet Labs, and Planetary Resources, who represent the entire spectrum of space startups, will join Professor Sergio Pellegrino to discuss what is needed to succeed as a space company. Topics to explore include risks and rewards within each category, how to work with minimal existing infrastructure, and how to secure funding when the average return on investment timeline is much longer than for a typical startup.

Dr. Rob Hoyt (Ph.D. & M.S. Aero/Astro, University of Washington, 1994/92; B.A. Physics, Williams College, 1990, Magna Cum Laude) is a relentlessly inventive Technologist and CEO with expertise in additive manufacturing, space systems, advanced space propulsion, plasma physics, scientific algorithms, and commercial applications of space technologies. He co-founded Tethers Unlimited Inc, and has built it into a multi-$M space and defense R&D firm. He also co-founded ScienceOps Inc., a big-data algorithm and web analytics firm sold to Acquisio in 2012. Over the past twenty years he has pioneered the development of technologies for in-space manufacturing of spacecraft, affordable mitigation of orbital debris and radiation belts, and propellantless propulsion for spacecraft.

Michael Rubel (Ph.D. GALCIT, Caltech, 2007) works in research and development at Planet Labs, having created both the spacecraft camera control software and the constellation autopilot system, and is helping to develop new imaging approaches and technologies. He divides time between San Francisco and Burbank, where he lives with wife Karen and children Apollo and Gaia.

Mr. Lewicki has been intimately involved with the lifecycle of NASA’s Mars Exploration Rovers and the Phoenix Mars Lander. Lewicki performed system engineering development and participated in assembly, test and launch operations for both Mars missions. He was Flight Director for the rovers Spirit and Opportunity, and the Surface Mission Manager for Phoenix. The recipient of two NASA Exceptional Achievement Medals, Lewicki has an asteroid named in his honor: 13609 Lewicki. Chris holds bachelor’s and master’s degrees in Aerospace Engineering from the University of Arizona. At Planetary Resources, Mr. Lewicki is responsible for the strategic development of the company’s mission and vision, engagement with customers and the scientific community, serves as technical compass, and leads day to day operations.

Sergio Pellegrino - Joyce and Kent Kresa Professor of Aeronautics and Professor of Civil Engineering at the California Institute of Technology and JPL Senior Research Scientist.

Sergio Pellegrino received a Laurea in Civil Engineering from the University of Naples in 1982 and a PhD in Structural Mechanics from the University of Cambridge in 1986. His general area of research is the mechanics of lightweight structures, with a focus on packaging, deployment, shape control and stability. With his students and collaborators, he is currently working on novel concepts for future space telescopes, spacecraft antennas, and space-based solar power systems. As a member of the NASA Superpressure Balloon design team, for over 10 years he has worked on analysis methods for stratospheric balloons.Dr Pellegrino is a Fellow of the Royal Academy of Engineering, a Fellow of AIAA and a Chartered Structural Engineer. He is President of the International Association for Shell and Spatial Structures (IASS) and Editor-in-Chief of the Journal of the IASS. Dr Pellegrino is the author of over 250 technical publications.