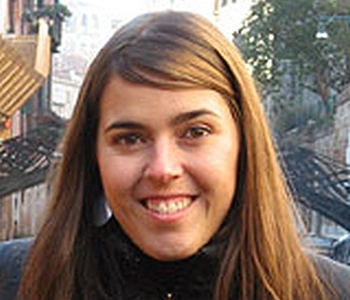 Where is she NOW? - Researcher, Immersive Lab, Technicolor's Rennes Research and Innovation Center.

"The surface of Earth is constantly changing as a result of several processes. These changes with time concern the geometry of the surface (e.g. earthquakes). The study of such changes receive major interest of the scientific community because of the broad applications. My work will focus on the mathematical and experimental study of the fusion of temporal series of Earth optical images in order to detect geometrical surface changes. The images to be considered will become from different acquisition systems as push-broom systems and aerial images. The work to be accomplished include the study of local and global stereovision techniques which can be applied to satellite imagery and the mathematical study of an a contrario model for images from different scale and time acquisition in order to obtain very accurate (subpixel) deformation fields." (April 2010).