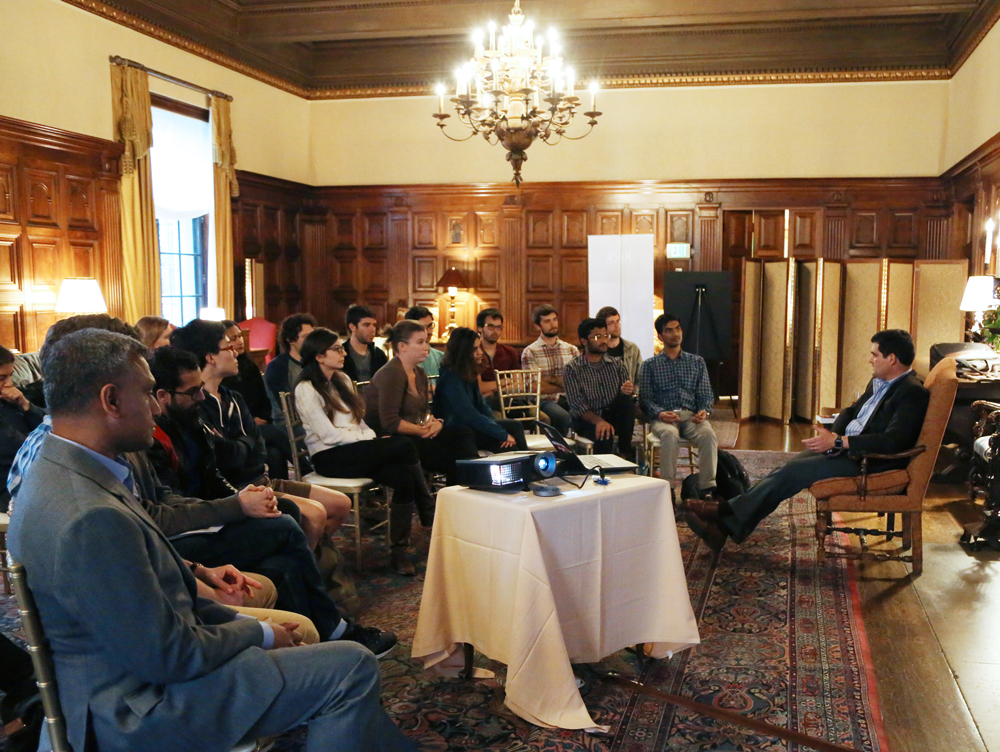 Professor Brian Keating is an astrophysicist with UC San Diego’s Department of Physics. He and his team develop instrumentation to study the early universe at radio, microwave and infrared wavelengths. He is the author of over 100 scientific publications and holds two U.S.Patents.

He received an NSF CAREER award in 2006 and a 2007 Presidential Early Career Award for Scientists and Engineers at the White House from President Bush for a telescope he invented and deployed at the U.S. South Pole Research Station called BICEP. Professor Keating became a Fellow of the American Physical Society in 2016. He co-leads the Simons Array and Simons Observatory Cosmic Microwave Background experiments in the Atacama Desert of Chile.

This special event is for KISS Fellows and Affiliates (and their guests).