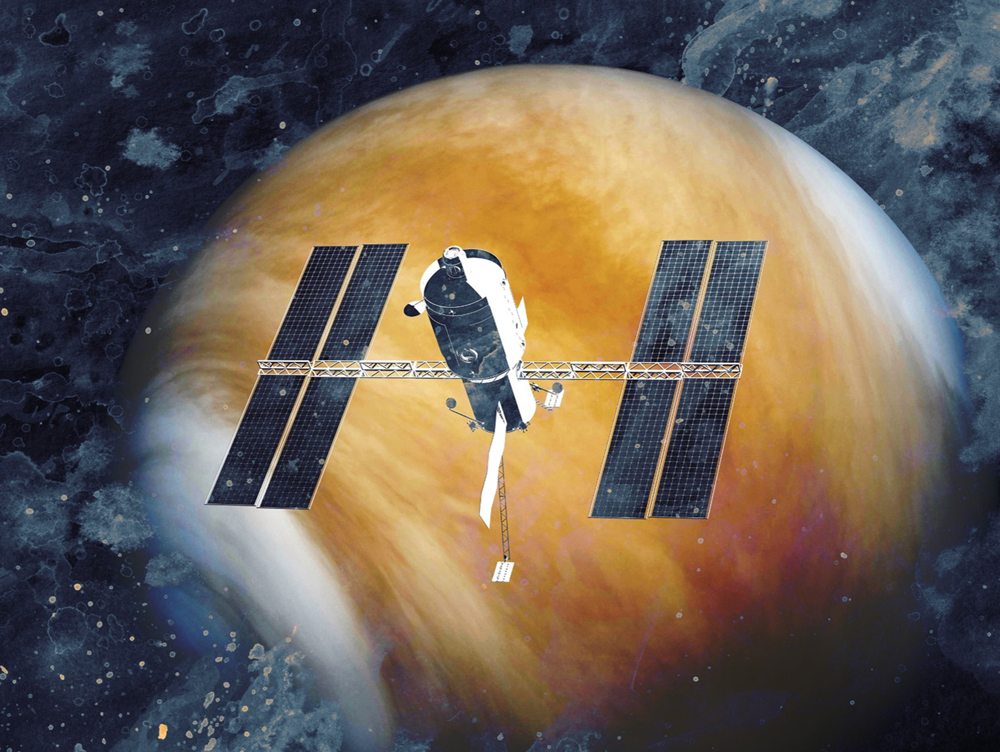 As early as 1956, the potential for Venus fly-bys to save fuel on human Mars missions has been recognized, and NASA’s EMPIRE studies in the 1960s frequently included Venus missions as options, both as fly-bys on the way to Mars and as independent missions. NASA’s DRA 5.0 in 2014 also included recognition of the potential for a Venus swing-by to reduce the delta-V of an opposition-class mission. Nonetheless, the Venus science potential enabled by these types of human mission opportunities has been under-examined. As NASA considers develops its plans for potential opposition-class missions to Mars, it is important that this discussion is informed by the science opportunities that could result from a Venus fly-by. The options for science operations related to human missions at Venus have not been examined in depth by the space science and engineering community in over forty years. Over those decades, the relevant technologies and science objectives have changed significantly. The symposium is therefore highly likely to generate innovative new ideas for science and engineering related to human missions to Venus.

Leveraging low-latency operations for robotic missions at Venus has the potential to provide significant advantages over Earth-controlled missions, particularly in the harsher Venusian environment where historically surface missions have been measured in minutes and even atmospheric balloons have lasted only days. For landed missions this could mean the difference between sampling the surface or the lens cap. Humans also offer unique opportunities by providing infrastructure. Significant telecommunications capability will accompany any human presence at Venus, reducing the distance that signals need to travel from the Venusian atmosphere or surface, potentially reducing systems costs or enabling new classes of payloads. Human proximity to Venus may also reduce the complexity of orbital rendezvous for Venusian sample return. A thorough technical discussion of these, and other science opportunities enabled by human proximity at Venus, will identity the most promising science and engineering opportunities and hopefully generate entirely new ones as well.

The symposium will focus primarily on evaluating the science opportunities enabled by human fly-by or orbital missions at Venus. The goals of the KISS symposium on Venus Science Enabled by Human Proximity are to:

There are a number of hotels that are close to the Caltech campus where we have a negotiated rate. (Please note that this negotiated rate does not guarantee you the lowest rate as there may be internet specials or AAA rates that may be better.)

Please note that with enough notice, you can reserve rooms for attendees at the Athenaeum, which has been recognized as a Platinum Club of America. Newly refurbished, it is conveniently located on the Caltech Campus. Contact Janet Seid if you would like to check the availability of this option.

For Visa requirement information and travel to the United States please visit the website of the U.S. Department of State.


Parking (for Visitors and for JPL Personnel)

For Visitors: From the Arroyo Parkway, turn right (east) on Del Mar Avenue. Proceed approximately one and a quarter miles. The Caltech campus will be on your right. Turn right (south) onto Wilson Avenue. Turn right into the North Wilson Structure and park in an unmarked spot. Buy a parking permit from the kiosk located inside the North Wilson Structure or request one ahead of time from KISS.

For JPL Personnel: JPLers may use their JPL hang tag for parking or request a special parking hangtag from the JPL parking office. Employees who do not have on-Lab parking privileges can obtain a hang tag created for this purpose from JPL parking coordinator Robert Kennedy (818-354-4586, Building 310-108B, 9/80 schedule). Please park in an unmarked spot in the North Wilson Structure located on Wilson Avenue.


Maps and General Information on Pasadena