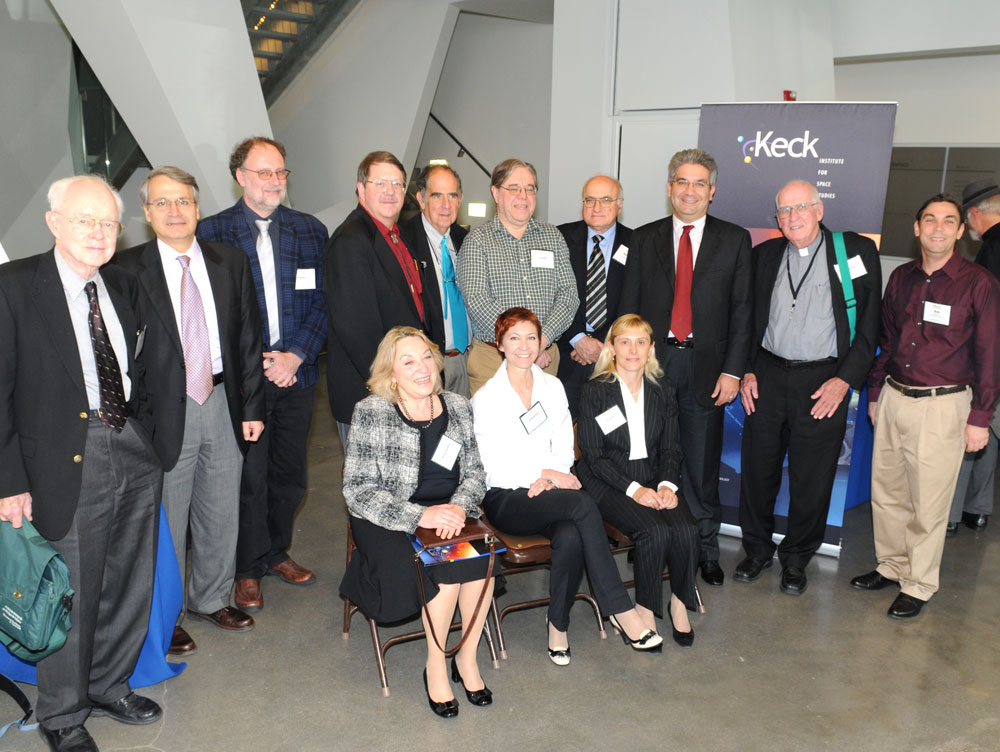 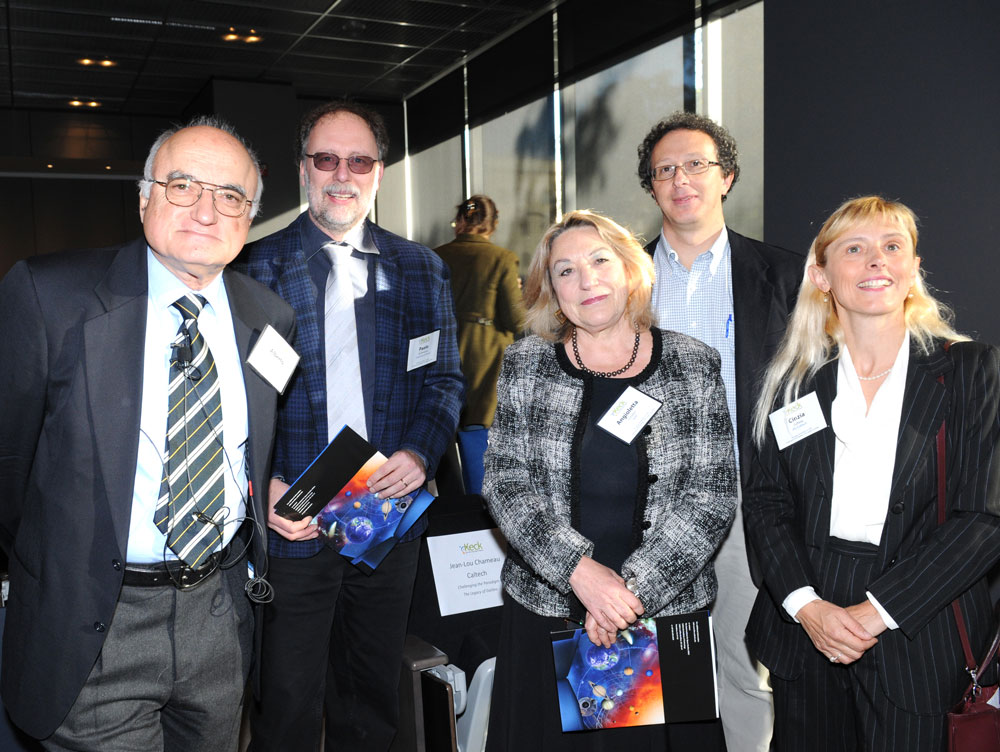 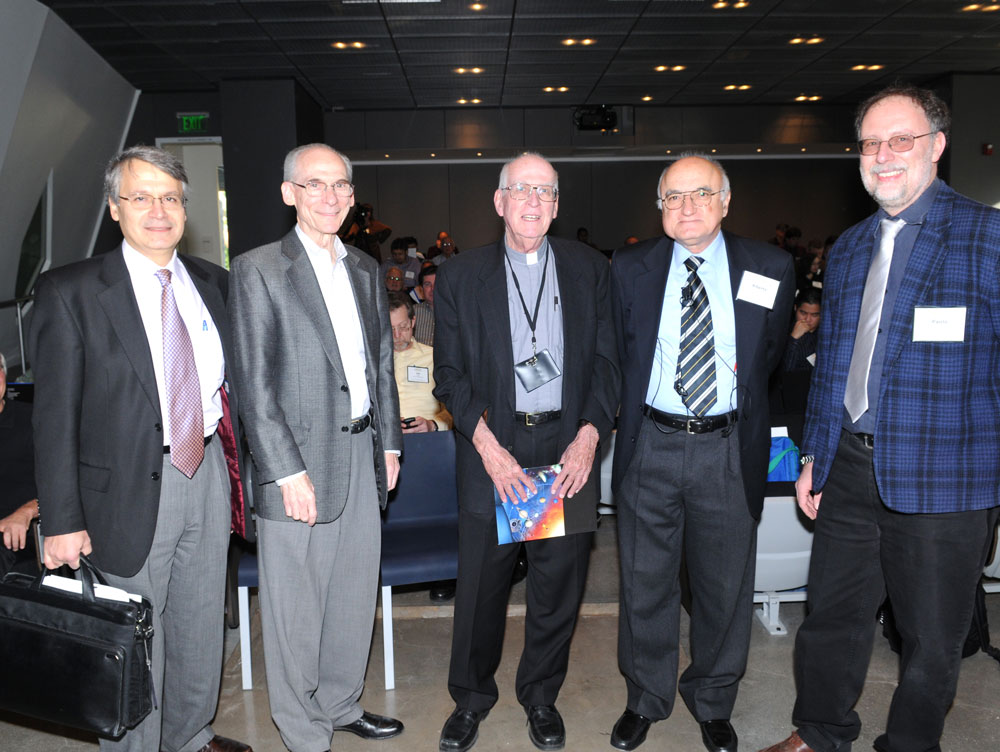 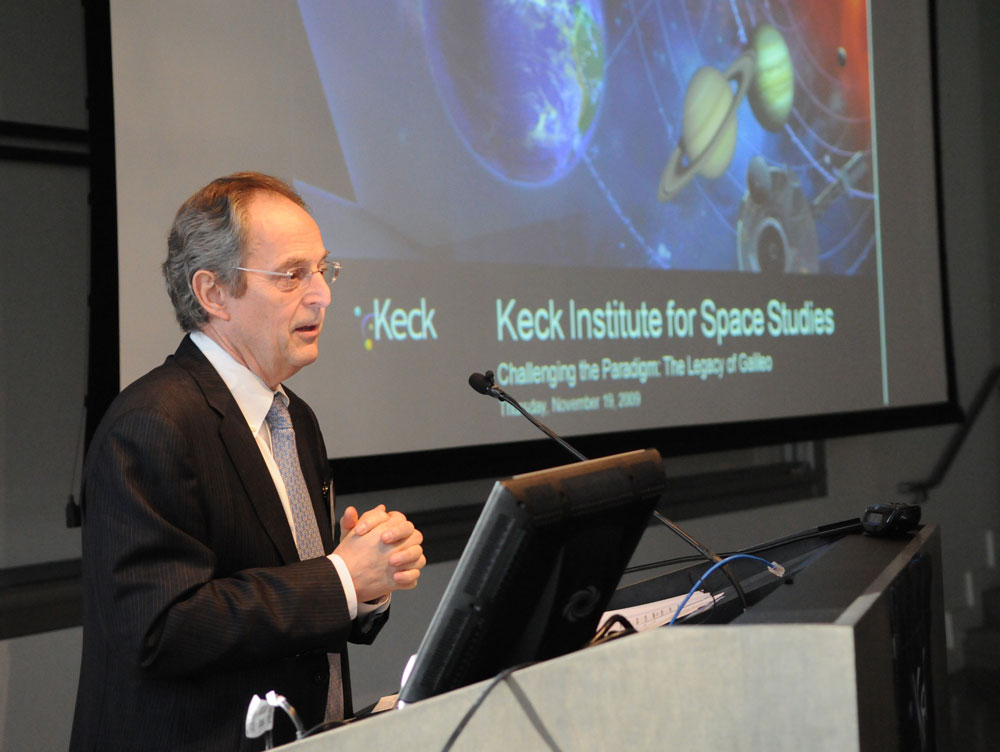 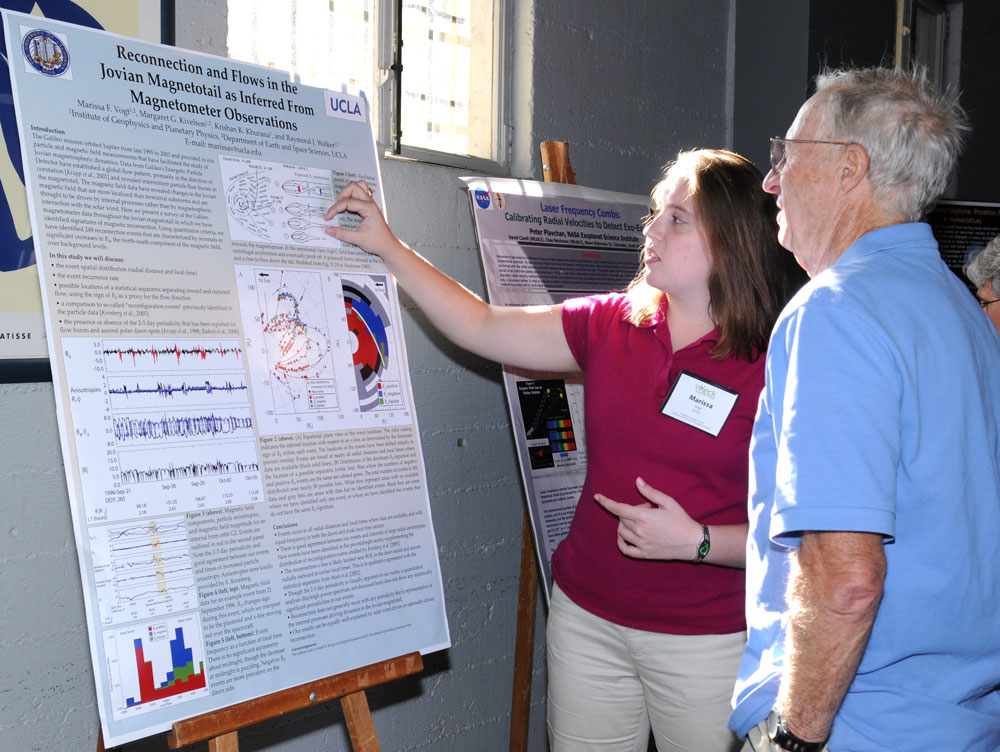 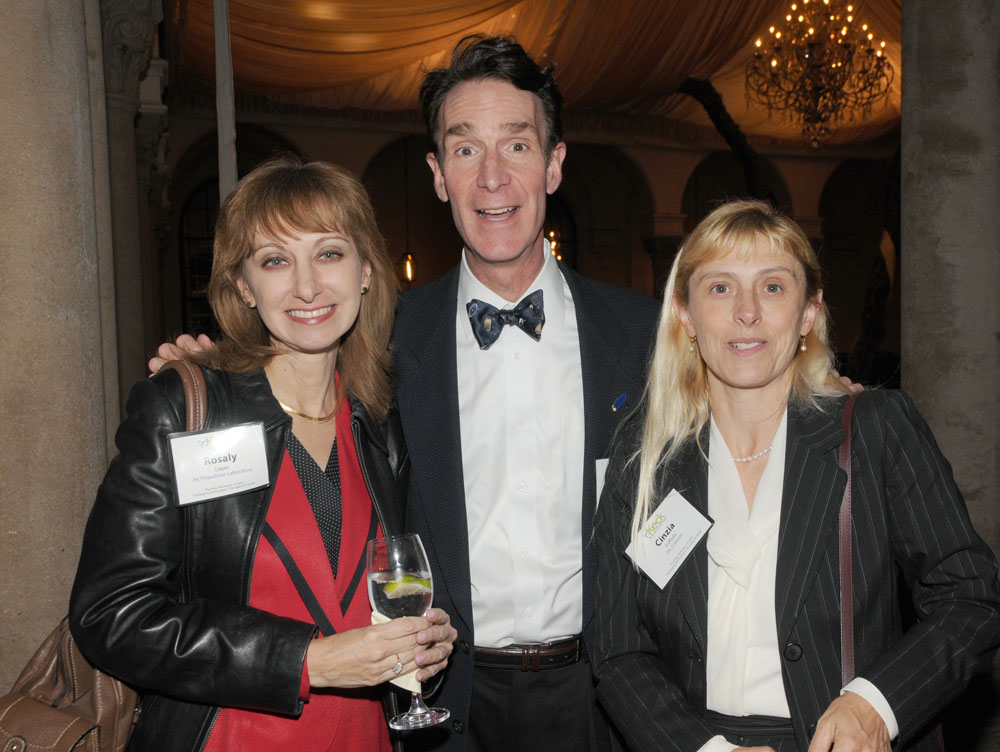 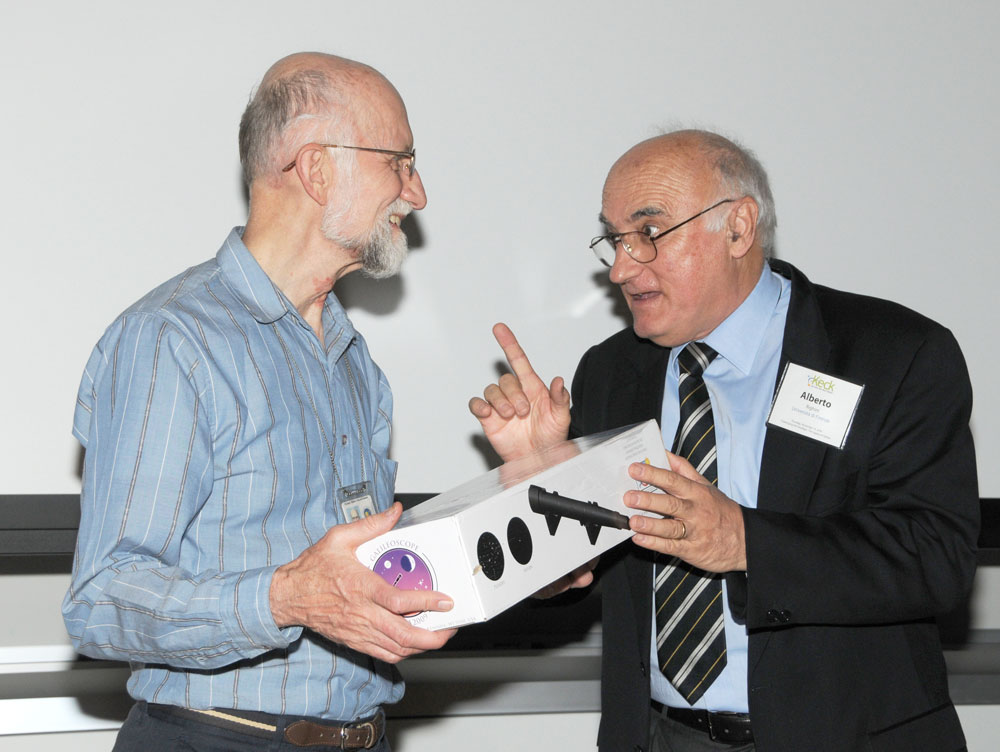 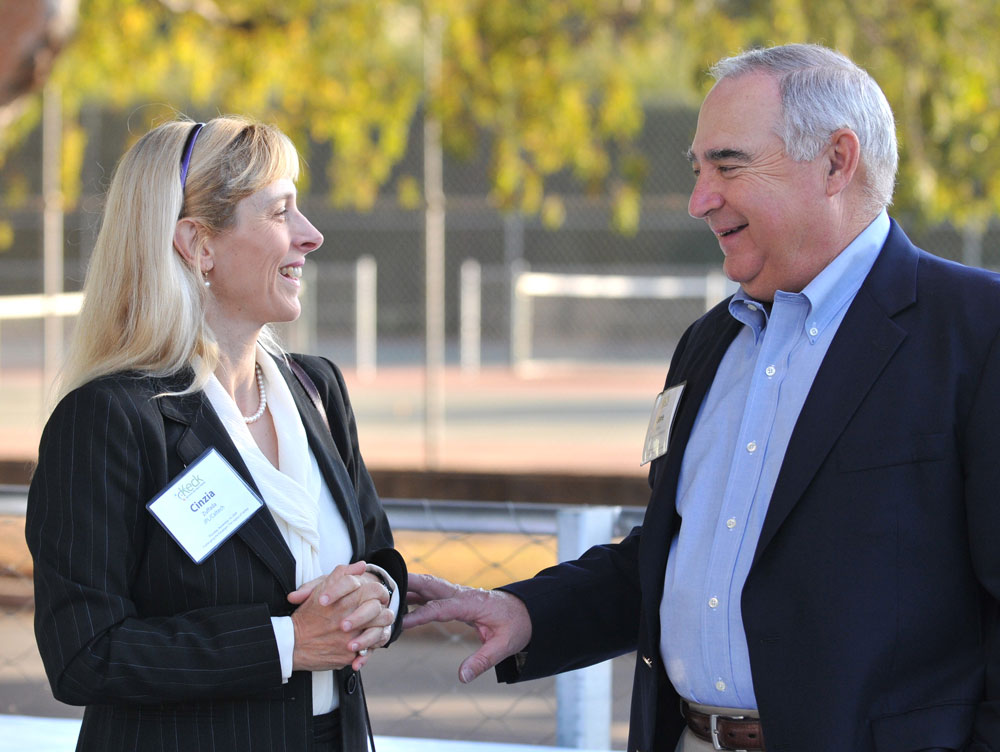 Challenging the Paradigm: The Legacy of Galileo

In the year when the world celebrates the 400th anniversary of Galileo Galilei's discoveries through the use of the telescope, this one-day symposium reflected upon the significance of his discoveries to the development of our culture and to science. His discovery of the moons' motion around Jupiter challenged the notion of an Earth-centric universe, and catalyzed discoveries which centuries later are continuously challenging the premises of our understanding.

In our generation, the Galileo spacecraft's discoveries like an icy ocean underneath Europa's surface, the possibility of life on Europa, the widespread volcanism on Io, and the detection of a magnetic field around Ganymede, challenged our understanding of outer planet satellites.

Modern astronomical observatories have changed our understanding of the cosmos, from determining the age and shape of the universe to studying the origins and composition of planets and the evolution of stars. Most recently, the discovery of Earth-like planets and the questions surrounding their abundance close the loop on that assumption of the uniqueness of Earth embodied in the Ptolemaic system that Galileo's proceeded to shatter.

The symposium examined the questions of where the current challenges and frontiers are in the scientific knowledge, and what paradigms might be ripe for "revision."

The symposium also highlighted the contributions of Italian scientists to Space Science, and celebrated the vibrant collaborations between Caltech, JPL and the Italian scientific community.

The Italian Embassy, the Italian Consulate in Los Angeles, the Italian Cultural Institute and the Italian Scientists and Scholars in North America Foundation (ISSNAF) welcome participation in this symposium.