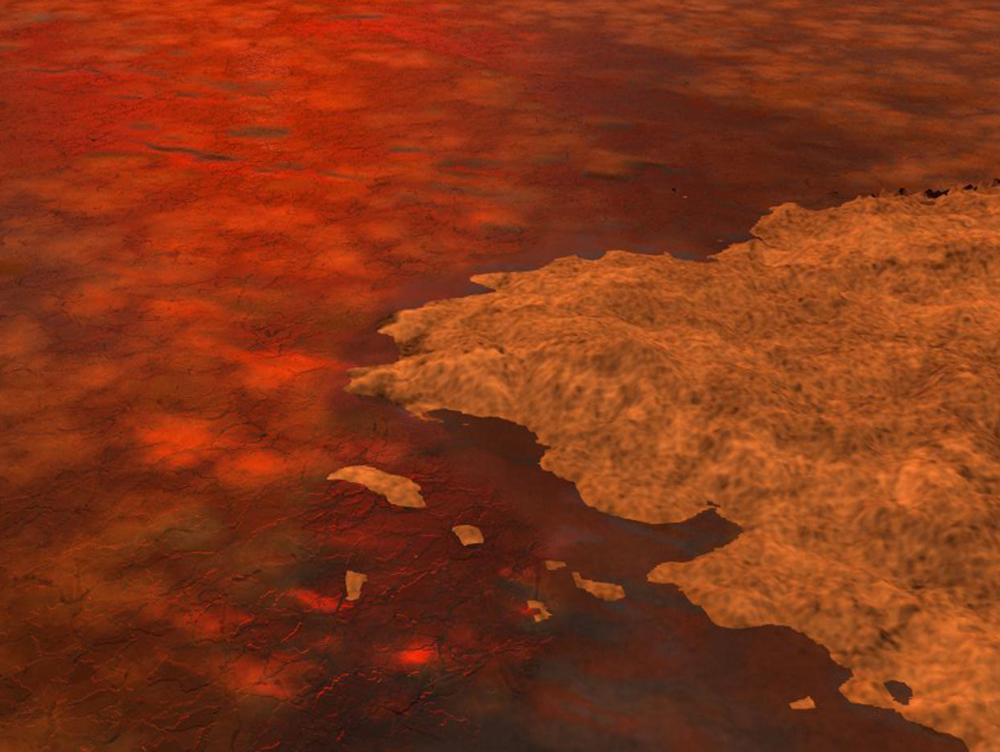 The opening workshop in July 2015 addressed non-aqueous environments that meet the overall requirements for habitability (energy, organics, liquid). After some discussion the workshop settled on three such environments:

With respect to (2), the team decided after much deliberation that the solubilities and reactivities in the Titan seas were too low for significant chemistry to occur, and so a broader range of environments - informed by Cassini data - were selected for consideration in the next workshop. Environment (1), the petroleum, is of interest provided samples not in intimate contact with water (or at least geologically pasteurized after exposure, followed by isolation). One such potential samples exists in the lab of a workshop participant (Prof. Orphan), but a careful protocol would need to be developed to open and test the sample. Further, there may be existing data from laboratories on petroleum samples that may shed some light on the question of contamination by aqueous organisms. Environment (3) was developed only after discussion about the extent to which planetary modelers needed to be specific about the T-P conditions and geologic settings.

The goals for the September workshop are the following: