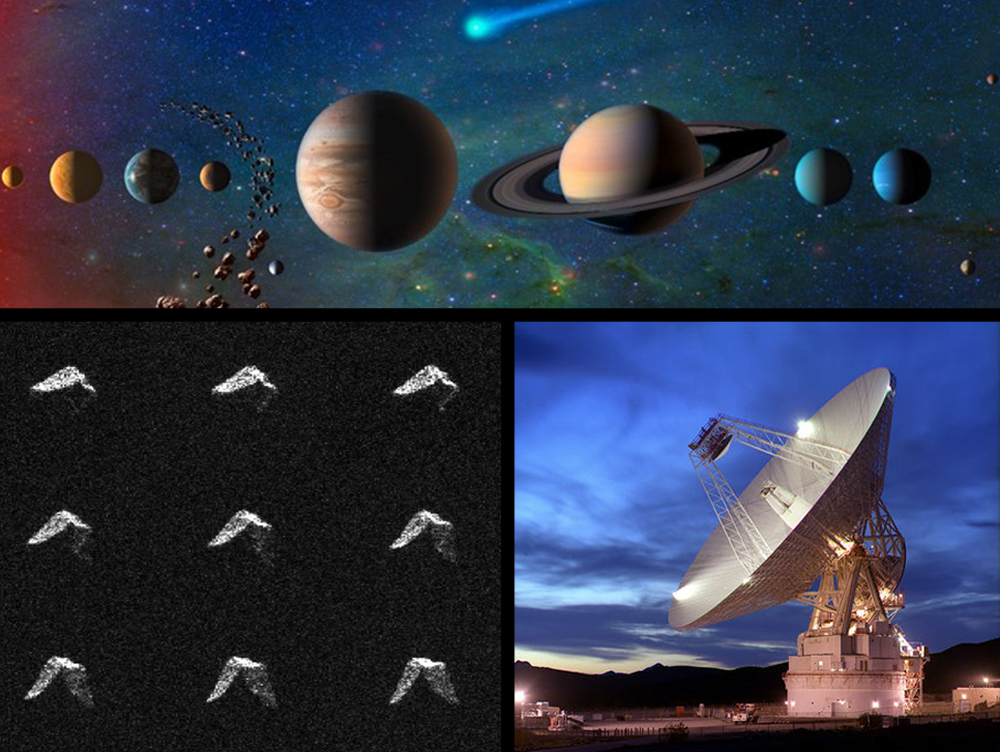 Planetary radar observations have a laudable history of “firsts” including the determination of the astronomical unit at the precision sufficient for interplanetary navigation, the distribution of water at the south pole of the Moon, indications of water ice in the permanently shadowed regions at the poles of Mercury, polar ice and anomalous surface features on Mars, indications that the asteroid (16) Psyche is an exposed metallic core of a planetoid, establishing the icy nature of the Jovian satellites, and the initial characterizations of Titan's surface. In many cases, these discoveries by planetary radar systems have motivated missions or radar instruments on missions.  Further, the discovery of interstellar objects may present new radar targets for bridging Planetary Science and Astrophysics.

With the loss of the Arecibo Planetary Radar, the Goldstone Solar System Radar is now the single dominant component of the world's planetary radar infrastructure. The latter system also depends upon a single antenna equipped with vacuum tube amplifiers, and significant issues have been experienced with its operational reliability and sustainability.

We will be holding a five-day virtual workshop to complete this study in May 2021. This builds on the successful three-day virtual gathering of the team during the summer of 2020, where the following questions were addressed: