Short Course: What is Exploration Telepresence - and How Can it Help Us Explore Planetary Surfaces of the Solar System?

All interested faculty, researchers and students are invited to attend. 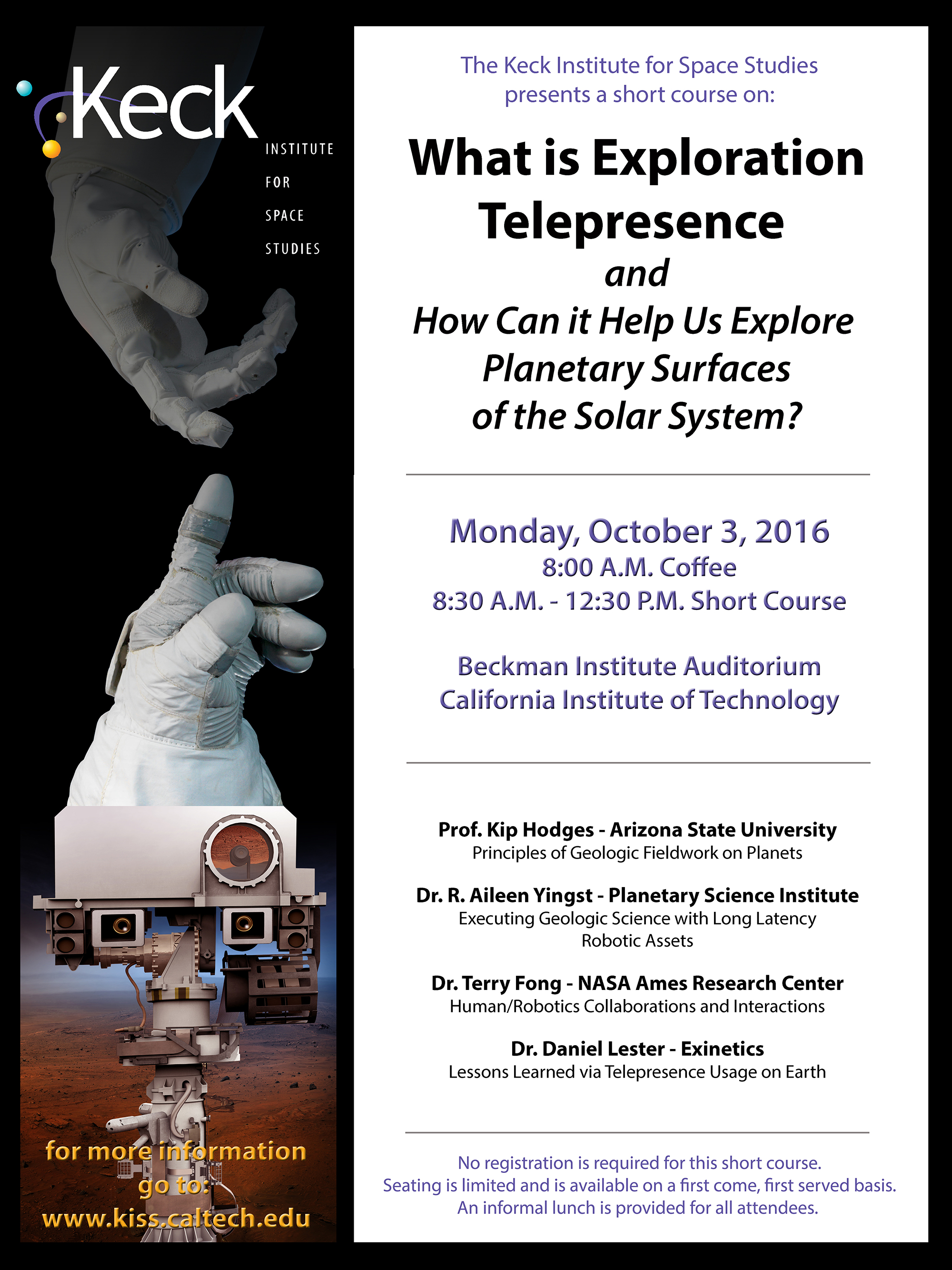 The establishment of human presence electronically is a paradigm on which much of space science is based. In many respects, the sense of presence that gets established in that way is highly abbreviated or of poor quality, but it's enough to give scientists measurements that they don't have the opportunity of being there to collect. For space science in particular, the establishment of human presence is severely handicapped by the speed of light and the large distances over which robotic surrogates must be controlled. Even for the most capable telerobots, this results in long time delays or high latencies. The price of control latency for doing science needs to be established, especially for doing real field geology. An expensive approach to mitigating this latency is to put humans there on site with boots-on-the-ground. But a less dangerous and likely less expensive approach is to send humans nearby. Perhaps in orbit overhead, where they can have real-time control of telerobots down below, giving them vision, mobility, and dexterity on the planetary surface, to witness and interact with the environment there. We call this approach exploration telepresence. This workshop aims to understand the opportunities and challenges of such an approach, with a diverse community of experts in planetary science, telerobotics, and human space flight. These public short course lectures serve to establish a scientific, telerobotic, and human spaceflight context for this approach.

The closest parking is available in Parking Structures 1 and 2

JPLers: Use your JPL hangtag.
Visitors: Buy a parking permit.