Please contact José Andrade to learn more about this work

Brian Trease
U of Toledo

Motivated by a recent KISS workshop on xTerramechanics at Caltech, the goal of this research is to transform the life-cycle of NASA missions, by enabling a paradigm shift where phenomenology and heuristics are sent to the back burner, and are replaced by physics-based models that accurately predict spacecraft-regolith interaction. As illustrated Figure 1, these interactions are ubiquitous to missions, and range from landing to sample collection. These interactions are also mission-critical, since failure to land on solid regolith or failure to collect a sample could result in failure of the science mission. 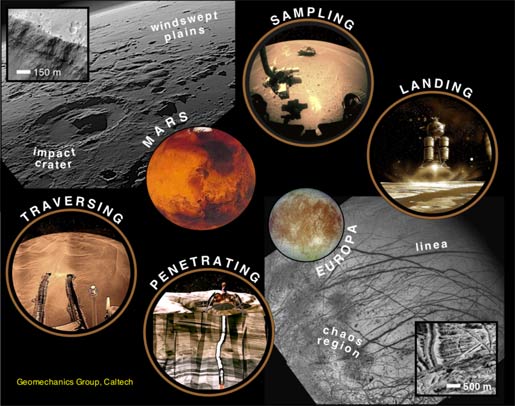 Figure 1. Schematic of hypothetical future missions with Mars and Europa as examples of celestial bodies of interest. Surface topology shown across scales and potential interactions with the surface regolith is highlighted.

Aiming at this goal, the objective of this two-year technical development proposal is to devise a physics-based characterization and modeling framework (xTerramechanics) to study the mechanics of extraterrestrial regolith and their interaction with spacecraft. The scientific premise of this proposed work is that regolith behavior is encoded at the grain scale, and that multiscale tools - which can characterize and model the behavior of the material from the grain scale (sub-mm) all the way to the engineering scale (>m) - will enable transformative approaches to mission design, planning, and operations.

Future NASA missions will emphasize in situ exploration in a variety of extreme environments, including the atmospheres of the giant planets, the surfaces and atmospheres of Venus, Mars, and planetary satellites, and the surfaces and subsurfaces of small bodies. This transformative planetary science hinges crucially on the ability to remotely sense, land on, traverse, penetrate, sample, process, and eventually return regolith. Regolith is central to planetary science as it is the bio-chemo-physiologically altered geo-material at the surface of a planetary body that encompasses extraterrestrial telluric deposits. Hence, regolith (including soils, rocks, ice) is the 'skin' of a celestial body and encodes all of the chemical and physical processes that have operated close to or on the surface. Knowledge of the properties and related behavior of planetary surface materials is an important component in the quest for unraveling planetary evolution, the development of hitherto impossible missions, and the possibility of pre-human expeditions for safety and resource utilization. 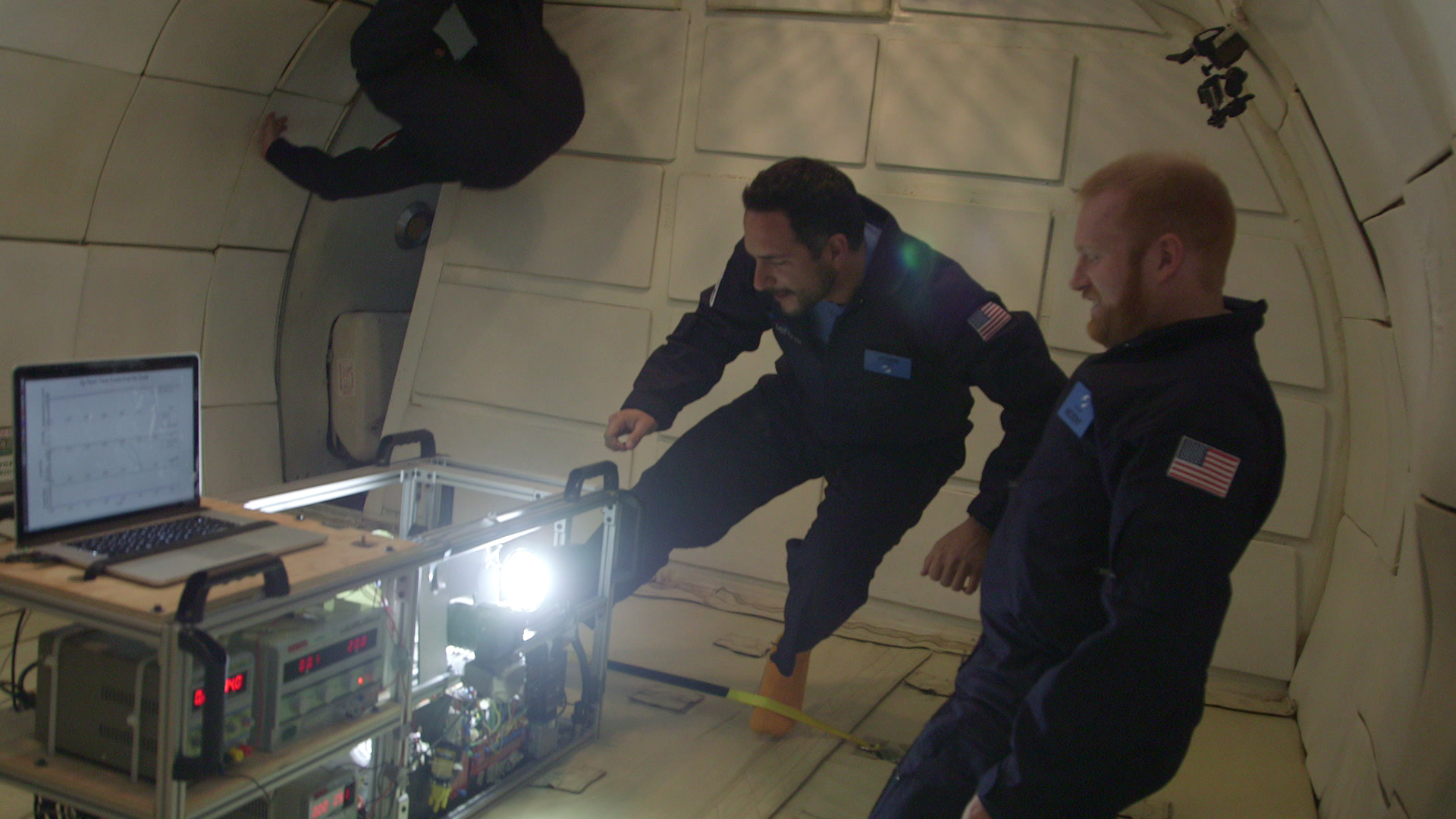 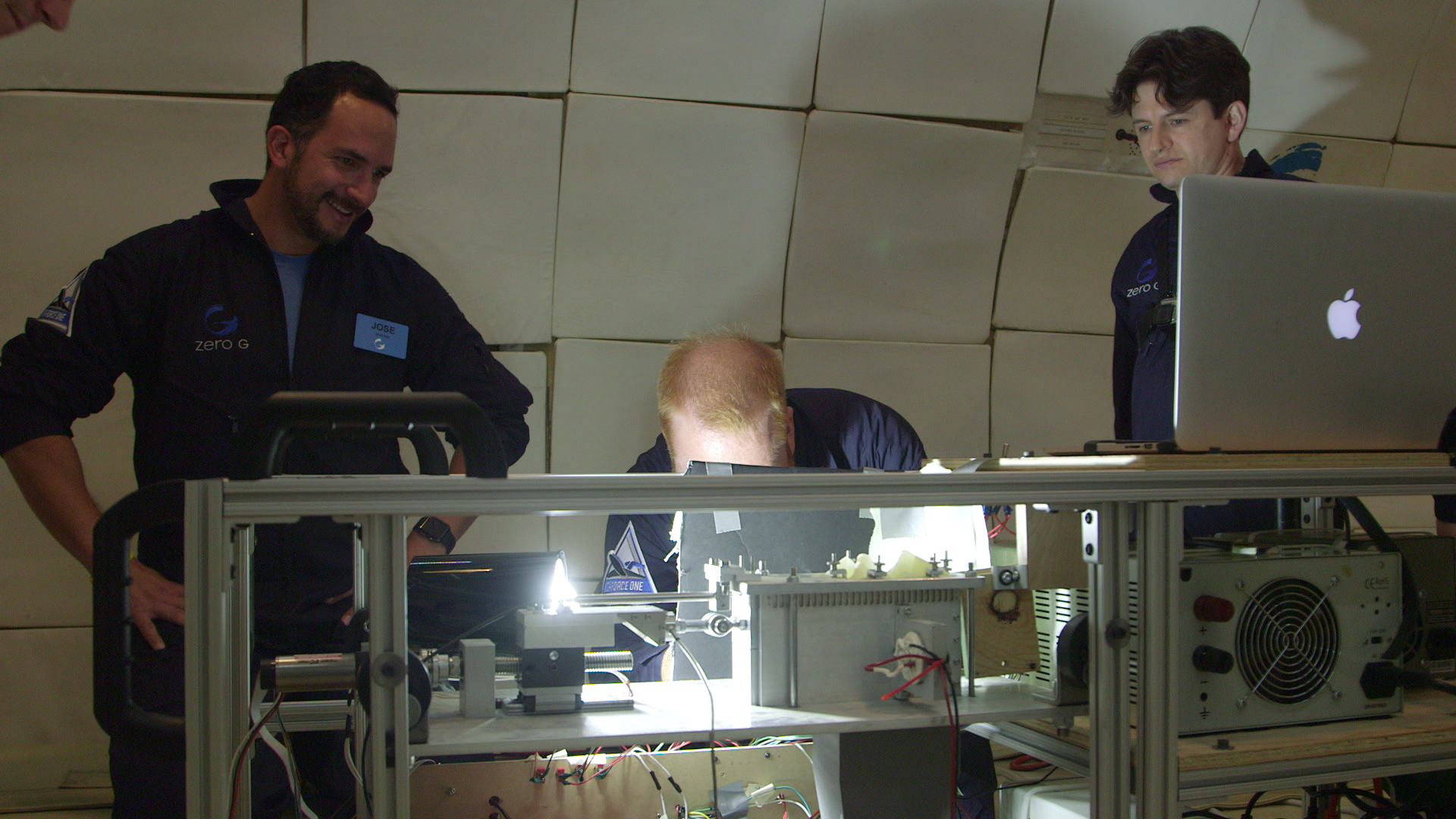 Caltech and JPL researchers perform last minute checks on the experiment before doing 25 microgravity parabolas on the vomit comet. 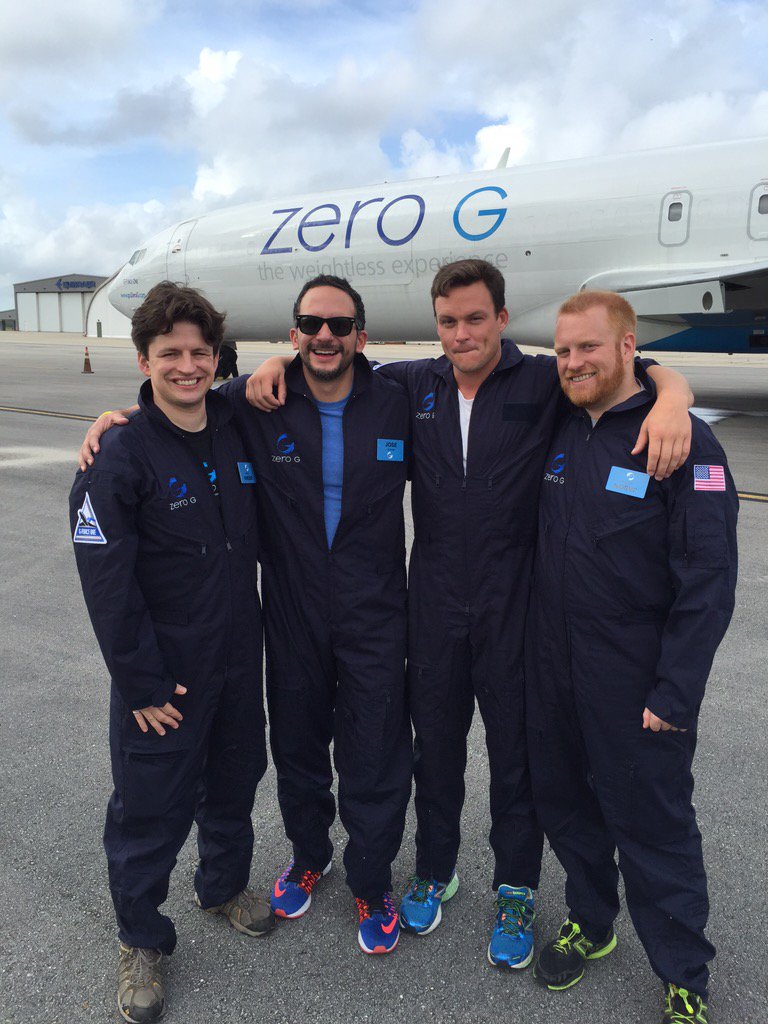 Caltech and JPL researchers Brian Trease, Jose Andrade, Dan Arthur, and Jason Marshall about to embark on the zero gravity flight to perform experiments in microgravities.


A shear band with clear localization is captured in a simulated regolith at zero gravity (coloring is the magnitude of the max shear strain).