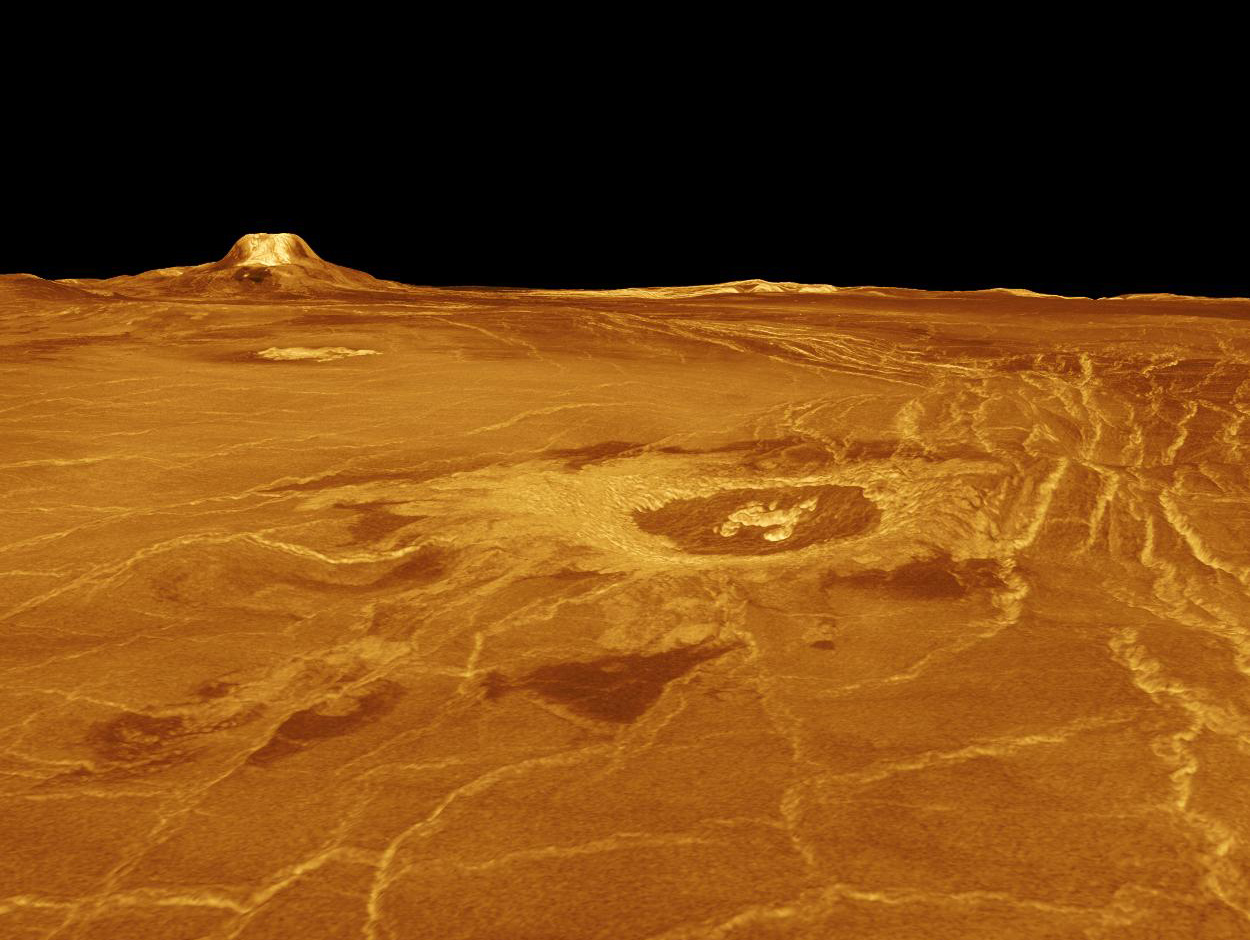 While the target of the very first interplanetary mission was Venus, there are still significant gaps in our knowledge about the planet.

Although in situ Venus missions would have high scientific pay-off, they are faced with significant implementation challenges. Emerging long duration Venus in situ technologies require continuing development to reach the level of capability currently achievable by in situ missions on other solid bodies.  A long-lived surface mission could address many of our highest priority questions about Venus, but this is not practical owing to the harsh environment of the Venusian surface. Now is the time to consider unconventional architectures that leverage technological advancements to deliver new understanding about the surface and near-surface regions of Venus.

The goal of the workshop is to develop new concepts for in situ sample capture missions, where samples from the Venusian surface or lower atmosphere are delivered to an “airborne laboratory” for analysis. The Russians achieved both limited-lifetime landed missions (~2 hours on the surface) as well as balloon missions under the Venera and Vega programs. To date, the only in situ Venus information comes from these Russian missions and NASA’s Pioneer Venus Multiprobe mission. The challenging environment limits options and the accessible science; short-lived lander and aerial vehicle missions have been proposed, but have not been selected. The 2003 Decadal Survey ranked the Venus In Situ Explorer (VISE) highest among new inner planets mission concepts, but no mission proposal was successful. Venus Surface Sample Return (VSSR) promoted the exploration of options to return samples to Earth, but was discarded as too costly and complex. Despite this, the new Venus Exploration Roadmap recognizes that “the ability to carry out prolonged surface observations from a mobile platform operating on the surface or close to the surface would have enormous value,” but does not currently identify a path to do so. The first workshop focused on expansion of the trade space for architectures that collect samples at multiple locations for return to a longer-lived airborne laboratory, as well as the beginning of an analysis of feasibility and the science story.  Between the workshops, participants worked to answer some of the harder questions to help narrow the trade space.  This second workshop will work on describing in more detail a small number of down-selected architectures that span varying amounts of science return to make a recommendation for the next decadal survey.